At the end of October, an intergovernmental working group will meet again to push for an international treaty governing multinational companies’ responsibility for upholding human rights. The working group, created in 2014 by the UN Human Rights Council, holds annual sessions that are attended faithfully by a large cohort of human-rights advocates, environmentalists, and members of social-development organizations. But, while many countries, mostly from the Global South plus China, send representatives to the meetings, the United States, Canada, Australia, and Japan ignore them, while the EU sends a token delegation and makes no substantive contribution to negotiations. That needs to change.

The treaty on business enterprises and human rights would be the first of its kind under the auspices of the United Nations, and has been a decade in the making. In 2011, the UN Human Rights Council approved a set of Guiding Principles that declared commercial enterprises ‘have a responsibility to respect human rights.’ Business associations supported the principles and committed to comply with them – in part because it was not legally mandatory to do so. The principles were non-binding, and adherence to them was impossible to monitor or enforce. States were expected to prevent and punish human-rights abuses by corporations as part of their existing duties under international law.

In 2017, France became the first country to adopt a law requiring large multinational companies operating on French territory to conduct due diligence on human rights throughout their global operations. Earlier this year, Germany adopted a similar law that will go into effect in 2023, and the European Commission is preparing a directive on the issue that will cover the entire bloc. The drafts of the treaty also contain provisions on corporate due diligence, now with public monitoring and enforcement. If approved, this responsibility would become a worldwide obligation, raising the bar for global business.

A new legal framework is emerging

The Guiding Principles also declared that states should investigate and sanction corporate human-rights violations and provide remedies to victims. Recourse to an effective judicial remedy is a fundamental principle of international human-rights law and should be included in any treaty covering corporate responsibility. But legal redress often has failed to materialise in the context of global business operations with complex value chains. The rights of workers and indigenous groups, in particular, are often disregarded.

The proposed UN treaty is explicit about the legal responsibility of parent or controlling companies.

Recently, courts in the United Kingdom and the Netherlands issued ground-breaking judgments in cases concerning major multinationals, including Vedanta Resources and Royal Dutch Shell. These decisions made it clear that workers and community members in all regions where subsidiaries operate have a right to access the courts in the parent company’s home country.

These decisions sent shockwaves across the business world and alarmed corporate lawyers, and for good reason: Corporate accountability advocates and academics view this new jurisprudence as a key component of a nascent legal framework to hold parent companies responsible for the abuses committed in their global value chains. But these judgments are unlikely to have the necessary broader effect unless the principles they set out are further developed and embedded in both domestic and international law. The European Parliament is proposing to do this with draft legislation on responsible business.

The US and EU need to stop ignoring the UN Treaty

The proposed UN treaty is explicit about the legal responsibility of parent or controlling companies. Under the draft’s provisions, controlling companies in a chain or network may be liable for the harm caused by commercial associates whose activities they control or supervise, or for failure to prevent those associates from harming workers, indigenous people, women, and children. The treaty also would strengthen the international framework governing social and environmental sustainability in global business operations.

The token participation of EU members in the treaty discussions so far is surprising, given these countries’ stated commitments to multilateralism and human rights.

The largest trade-union confederations and other civil-society organisations support the proposed treaty, but major developed countries such as the US and EU member states are largely ignoring it. The problem is that policymakers in these countries prefer the old model of limited regulation and maximum freedom for their multinational corporations – and for themselves. The token participation of EU members in the treaty discussions so far is surprising, given these countries’ stated commitments to multilateralism and human rights.

This treaty is an opportunity for the EU to show policy coherence and leadership in this field, following the milestone national legislation in France and Germany and the ground-breaking jurisprudence in the UK and the Netherlands. The same goes for the US, which is attempting to reaffirm its leadership in a rules-based international order.

These countries’ governments routinely proclaim that respect for human rights is a fundamental value. And yet they seem content with old formulas and empty models that lack legally binding obligations. As the next round of treaty negotiations approaches, their credibility depends on showing they are serious about holding corporations accountable for human rights under international law.

Carlos López is Senior Legal Adviser at the International Commission of Jurists.

Carlos López is Senior Legal Adviser at the International Commission of Jurists. 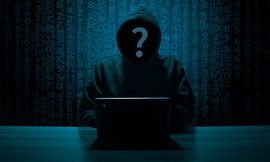 During the pandemic, the male supremacist movement has grown and radicalised. Now it's moving from chat groups offline — and becomes more violent 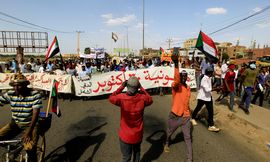 The Sudanese revolution lives on

How to tackle the femicide epidemic

Covid-19 has exacerbated gender-based violence. Fighting patriarchal power structures and gender inequalities is essential in putting an end to it

Can the care crisis bring down Central Europe's illiberals?

Women in Central Europe are facing the exploitative contradictions of illiberal family policy. This is an opportunity social democrats should harness 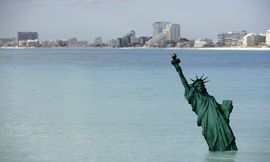 The lure of progressive authoritarianism

Authoritarian tendencies also exist on the left. Progressives urgently need to rediscover the virtue of liberty

More News from Archive
Most read
Why Covid-19 misinformation works

The EU must act for tax justice

The global agreement on a minimum tax is a historic step towards tax justice. Yet, the EU’s implementation can and should go beyond this agreement

Is Russia the future of Belarus?

As Lukashenko and Putin concluded their Union State talks, it seems that Russia has changed its tactics — but not its objective