Iraq’s stricken democracy is being stress-tested once again and the Iraqi population is paying the price. In the past weeks, supporters of Shi’ite leader Muqtada Al-Sadr have stormed the Iraqi parliament and staged a sit-in twice. Their protest thwarted the scheduled election of Mohammad Shia Al-Sudani as prime minister. Al-Sudani was nominated by the Shi-ite Coordination Framework, which brings together various groups and militias, with the exception of Al-Sadr’s movement.

A political impasse has gripped Iraq since the election in October 2021, as fragmented, mainly Shi’ite forces have vied for influence. The movement of Shi’ite cleric Al-Sadr emerged as the winner, with 73 out of the 329 seats, while two established Iran-backed Shia coalitions – the Fatah Alliance and the Alliance of National State Forces – suffered major losses. After the election, Al-Sadr wanted to form a majority government in the shape of a triple alliance comprising his movement, the Sunni Taqaddum Coalition and the Kurdish KDP. The Shi’ite Coordination Framework, however, demanded the continuation of a unity government, which is common in Iraq, of which it would form part.

After they had failed to form a government the Sadr movement MPs resigned. This left the ball in the Coordination Framework’s court. However, Sadr’s withdrawal from parliament is regarded as a strategic ploy in an effort to earn credibility as an alleged outsider against a corrupt political elite, enabling it to mobilise popular protests. Against this background the biggest demonstrations since the mass protests of October 2019, as well as the parliamentary sit-in are scarcely surprising.

No way around Al-Sadr

The current demonstrations are not personally linked to Al-Sudani. The Sadrists portray Al-Sudani as a puppet of Nouri Al-Maliki, leader of the State of Law Coalition and former prime minister from 2006 to 2014, although Iraq experts cast doubt on this. In any case, Al-Sudani, minister for human rights under Nouri Al-Maliki, would not be a bad choice in comparison with other potential candidates. In the wake of recent events, however, Al-Sudani doesn’t have much chance of assuming the premiership.

Potential scenarios range from new elections to the resumption of civil war.

There appears to be no route around populist king-maker Al-Sadr. On the one hand, he denounces corruption, mismanagement, and Iran’s sway over Iraq, but he’s hardly Mr Clean himself. His impulsiveness drastically limits Iraq’s options for peaceful and democratic solutions. This threatens to set in motion a spiral of escalation that has so far not cost any lives, but has already injured over 100 people on the side of the protesters and the security forces.

Potential scenarios range from new elections to the resumption of civil war. Two factors make the civil war scenario unlikely, however, at least for now. First, confronting one another here are groups of Iraqi Shia – Al-Sadr and the Shi’ite Coordination Framework – that, although at odds over Iran’s influence and the form of government, share religious views and are celebrating the holy month of Muḥarram. This is the first month of the Islamic calendar, in which Shi’ites mourn the family tragedy of Ḥusayn ibn ʿAlī. Going to war is forbidden during this period. Secondly, the actors in this power struggle are well aware that a civil war could diminish their share of power and curtail their ability to distribute largesse.

People’s trust in democracy is shaken

The main victims of this political blockade are democracy and the Iraqi people. In any case, the record low turnout of 43.5 per cent undermined parliamentary legitimacy. Even more so with the Sadrist MPs’ withdrawal from parliament, which now represents only a minority of the population. Popular trust in democracy was already badly shaken. From October to December 2019 the most violent mass protests since 2003 convulsed broad swathes of the country. Young Iraqis expressed their dismay at rampant corruption, paltry government services, high unemployment and the political system.

The protests were violently supressed by Iraqi security forces, leaving hundreds of protesters dead or injured. The core demands of the Tishreen (October) movement were fundamental reform of the political system (such as abolition of the so-called Muhasasa system, involving ethnic-religious quotas), and a new, non-corrupt government. Both demands remain largely unsatisfied. The Tishreen movement would thus have every reason to take to the streets again.

The longer the political blockade continues the more what remains of popular trust in democracy will diminish.

The movement is more fragmented than ever, however. Radical and religious forces have infiltrated the movement and have tried to impose their aims on it. Some have been co-opted by the government, while others have attached themselves to parties emerging from the protests. We can thus assume that the movement today has less mobilisation potential than hitherto.

The longer the political blockade continues the more what remains of popular trust in democracy will diminish. That reduces the chances of resolving the political crisis peacefully. We have seen over the years that the political elite is unable to manage a transformation of the existing system. More political participation among Iraqi citizens, such as in free and equal elections and pressure from the street could bring about the change long wished for. But to that end corrupt elites will have to cease clinging to power and pave the way for a democracy that is not just on paper, but is also lived.

Sarah Hepp heads the Friedrich-Ebert-Stiftung’s Iraq office, as well as the Climate and Energy Project for the MENA region from Amman in Jordan. Previously she worked at the FES‘s EU office in Brussels and at the FES‘s Baden-Württemberg office.

Sarah Hepp heads the Friedrich-Ebert-Stiftung’s Iraq office, as well as the Climate and Energy Project for the MENA region from Amman in Jordan. Previously she worked at the FES‘s EU office in Brussels and at the FES‘s Baden-Württemberg office. 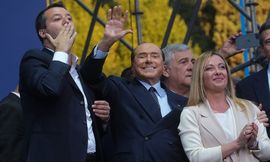 It is predicted that Bolsonaro will not be re-elected in the upcoming elections. To hold on to power, he has militarised the Brazilian government 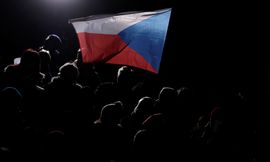 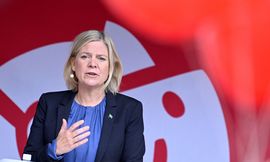 With support growing for the right-wing Sweden Democrats, the Social Democrats' strategy has shifted their focus away from their core voters 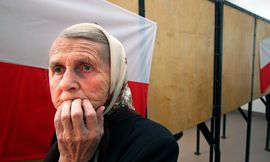 'In these times people expect cooperation in the EU'