Read this interview in German or Russian.

The European Centre for Constitutional and Human Rights (ECCHR) has filed a criminal charge against Rheinmetall, Airbus and others to the International Criminal Court for aiding and abetting war crimes in Yemen. What exactly is your accusation against these companies?

The Executive Boards and top managers of at least eight European arms companies may be liable to prosecution, as they could have aided and abetted war crimes in Yemen by supplying combat aircraft and bombs. It’s common knowledge that the air fleet of the Saudi Arabia-led military coalition is responsible for human-rights abuses against the civilian population in the Yemen conflict.

For instance, remains of weapons were found at the site of an air attack in which a family of six were killed. This points to the use of a guided bomb made by RWM Italia S.p.A. – a subsidiary of the German arms manufacturer Rheinmetall AG. In turn, these bombs can clearly only be dropped by aircraft of the kind built and delivered to Saudi Arabia by firms including Airbus.

It’s a principle of international criminal law that those who help other persons to commit crimes against international law by providing the requisite tools are also liable to prosecution. This concept must also be applied to those in charge of major weapons corporations.

Are private-sector companies like Rheinmetall really the right targets for this kind of legal action? The companies maintain that their supplies of arms and aircraft comply with the applicable legislation.

There’s nothing new about the analysis that not only blames politicians and the military for instigating and waging armed conflicts, but also acknowledges the key role of powerful businesses. Even back in 1945 when the Nuremberg trials began, for instance, it was clear that the industrialists at Krupp AG had facilitated and supported the crimes of the Nazi regime. That’s why managers and owners of major German corporations – Flick, Krupp, IG Farben –  were charged with offences such as the production of weapons for Germany’s wars of aggression.

We are making a similar case: If the supply of arms to a conflicting party enables this very party to commit war crimes with these very weapons, and it’s also apparent to the suppliers that the arms may be used for crimes against international law, this behaviour is not legitimised by a licence. There cannot and must not be any administrative consent to the aiding and abetting of crimes against international law!

What measures would the German government and other European governments have to take to prevent European-made arms from causing a further escalation of existing conflicts?

The German government is always keen to point out that German weapons-control legislation is strict compared to Europe as a whole. Yet the German War Weapons Control Act doesn’t apply at all to many exports under joint European projects such as the Eurofighter. The much more lenient rules of the German Foreign Trade and Payments Act apply here.

Moreover, the approval process is far too lax. In our view, the responsible bodies do not explore the likely consequences of a weapons export thoroughly enough. With our charge, we also aim to make the German federal government aware that it must check whenever possible whether a weapons export may help to commit a war crime. If that is the case, an export licence could also constitute aiding and abetting. Consequently, there are circumstances in which government officials who approve a weapons export may be responsible under international criminal law.

Advocates of arms exports argue that these consignments are also used in the fight against IS, for example, and therefore ultimately have a positive effect. How could an effective distinction be made here?

The trial of Heckler & Koch for arms supplies to Mexico has shown that it’s practically impossible to ensure adherence to end-user certificates. So if there’s a clear risk that the weapons will be used in a way that breaches human rights and international humanitarian law, approval and export must be denied – regardless of any other positive considerations in favour of export.

What steps must be taken at international level to improve protection of civil society in crisis-torn regions?

At international level, it’s important that the Arms Trade Treaty (ATT), which sets binding standards for approval of exports of weapons and ammunition, is promulgated and implemented more effectively. The ATT has been in force since 2014. Yet countries that play a huge part in global arms production and trade such as the US have not yet ratified this treaty.

Internationally, we also need more clarity as to what exactly constitutes a good risk assessment before an export licence is granted: just how should authorities determine whether there’s a risk of attacks on the civilian population? Achieving greater clarity and a uniform approach at multilateral level here is also to the long-term benefit of the civilian population in conflict-regions.

Wouldn’t far-reaching regulations in Europe merely cause arms production to be relocated to other countries that place less value on human rights?

Companies always trot out that line in response to any attempt to get them to respect human rights. But it’s a false argument: First, if a consignment of weapons facilitates war crimes, it doesn’t change the crime if the weapon comes from Germany, apart from the fact that a Germany makes money from it. Second, high-tech weapons are not T-shirts, in that production of certain weapons cannot be outsourced at the drop of a hat.

Moreover, there are various international regulations that impose similar standards on all states and arms manufacturers worldwide. As well as the Arms Trade Treaty, there are the UN Guiding Principles on Business and Human Rights. The latter stipulate that companies have a duty to protect human rights that obliges them to look closely at how the products they sell may impact on human rights. So it’s clear that even in the case of export to other states, companies and authorities do not operate in a (human) rights-free zone.

This interview was conducted by Claudia Detsch. 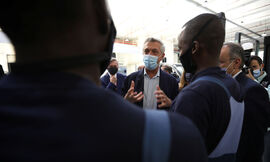 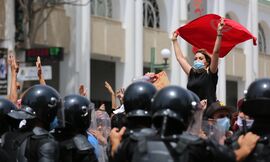 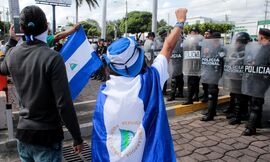 'Nicaragua is moving towards autocracy'

President Daniel Ortega has launched a crackdown on the opposition. German Minister of State Niels Annen on Nicaragua's slide towards autocracy 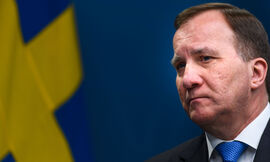 'The Left Party has led the wolves to the sheep' 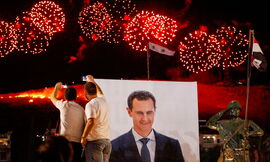 'A political solution in Syria is a long way off'