Read this article in Russian.

Along with a group of activists, residents from the Armenian spa town of Jermuk and the surrounding villages have been blockading the roads to the Amulsar gold mine for some months now. The roadblock is preventing the mining company Lydian Armenia from conducting operations – it was issued a license to exploit the mine by the Serzh Sargsyan government that fell in the 2018 revolution.

The protesters believe that exploiting the mine will result in an environmental disaster, including pollution of the region’s largest source of freshwater, the Lake Sevan. Lydian, on the other hand, claims that gold extraction does not present a threat to the environment. To try and resolve the conflict the new government allocated USD 400,000 for an additional independent risk assessment. However, the findings have failed to influence the positions of either side in the standoff.

Armenian Prime Minister Nikolai Pashinyan announced that the government currently has no legal basis to prevent the company from using the mine. He provided assurances that, should any threat to the environment come to light, Lydian would be forced to address it. But activists are not convinced by these arguments. They claim that the government is afraid of being put under pressure by foreign investors and they also suspect that Pashinyan’s entourage are hiding some of facts revealed by expert assessments.

Along with assurances from the mining company that construction works would not begin before spring 2020, recent calls from the government to clear the roadblock en route to Amulsar triggered another protest action and march in Yerevan (according to information from the ‘Armenian Ecological Front’, around 1,000 people were involved in the protest on 12 September). Further protest actions took place on 20 September, which has been declared Environmental Mobilisation Day. These included a boycott of lessons by pupils at the local school in Jermuk and a public meeting and march in the Armenian capital where protestors protested on bikes and motorcycles. This time around 700 citizens took to the streets in defence of Amulsar.

Who are the real environmentalists?

The Amulsar conflict revealed divisions in the parliamentary majority that had formed around Pashinyan’s party. Recently, Edgar Arakelyan, an MP from the parliamentary group ‘My Step’, tendered his resignation, citing the issues surrounding the mine as the reason for his decision. Vice-Speaker of the National Assembly Lena Nazaryan, who entered politics from the environmental movement, has also publicly expressed her opposition to the gold mining project, as have other Armenian politicians.

In several statements Nikol Pashinyan has pointed out that the ongoing situation is being exploited by those referred to as ‘revanchists’. These are supporters of former presidents Robert Kocharyan and Serzh Sargsyan, who, along with their family members, have been involved to varying degrees in high-profile criminal cases since the revolution. Television channels and other mass media, which are controlled by representatives of the previous government and which, in the past, were not exactly known for their sensitivity to environmental issues, are now actively highlighting the Amulsar crisis. Moreover, during the protests, various nationalist groupings who had lost their administrative resources after 2018 also attempted to make themselves appear more progressive by adopting the cause.

To reduce the tension it would help to ensure total transparency of dialogue with society.

Remarkably, several public meetings and demonstrations were held in Yerevan at the end of August under the slogan ‘For Amulsar!’ but without the participation of the Armenian Ecological Front — a longstanding and consistent lobbyist for the closure of all mines in Armenia. Suddenly, representatives of the nationalist party ‘Dashnaktsutyun’, which had been part of the government awarding the license to mine Amulsar in the first place, were calling themselves ‘environmentalists’. Even MPs from the second largest parliamentary group ‘Prosperous Armenia’, formed by the influential oligarch Gagik Tsarukyan, suddenly donned their environmentalist hats. Tsarukyan and his party were also always members of the coalition with the governing parties before the revolution and held different government posts.

So far, opponents of the mining operations have insisted on the need for a political decision as proof that the revolution is not over. Supporters of the mine, on the other hand, have focused on the country’s weak economy, the attractiveness of the mines to investors, the unresolved Karabakh conflict, the arms race and, consequently, the inevitability of having to choose between an environmentally friendly economy and one which brings in revenues despite the fact that the majority of the country’s borders are closed.

The difficult path to consensus

Bearing in mind the way in which protests were dealt with by past governments and the unilateral decisions the previous leaders made with regards to the mining industry in general, the attempts being made by the current government to seek a consensus would appear sincere. It goes without saying, however, that the decisions of even the most legitimate leadership will not always fully meet everyone’s expectations. Disagreements and conflict are unavoidable.

To reduce the tension it would help to ensure total transparency of dialogue with society. This process should enable the ordinary citizen, with no real understanding of the intricacies of the environment and economics, to access information about the consequences of abandoning the programme. On the one hand, closing the mine will bring job losses and discontent with the social situation will not be addressed by civic initiatives but by the government. On the other hand, unemployment could still become an issue even if the new mine is opened — one of the consequences of gold mining, according to the environmental campaigners, is that the region would become less attractive for tourists.

That said, we must also be mindful of the possibility of falsification and manipulation by the media, which, even after the revolution, still largely caters to the interests of the oligarchs and groups linked to Armenia’s former leadership. In order to avoid both speculation and well-founded fears about the revival of revanchist forces, we must continue to discuss and refer to reliable environmental assessments. And, if necessary, new assessments must be conducted, irrespective of the cost.

Only time will tell how this situation will unfold. Right now, it is difficult to believe that a few dozen school students, a couple of hundred local residents, a few thousand protesting environmentalists and human rights activists, as well as individual political actors could be powerful enough to place pressure on a government elected by hundreds of thousands of citizens. A decisive factor here is the willingness of these people to take to the streets once again in support of Pashinyan, someone who is, after all, still a popular Prime Minster.

Alla Manvelyan is a journalist working for press.am, the online edition of the Network of Independent Journalists for in Armenia. 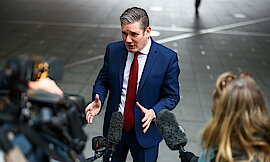 What is Labour's strategy in Scotland?

Brexit has led to a surge in support for Scottish independence. But Labour leader Keir Starmer rejects another referendum 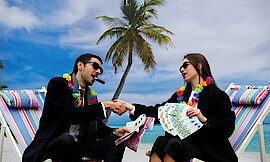 Who will foot the bill?

Global tax havens are still siphoning off vast sums of money. As Covid-19 continues to wreak havoc, the EU needs to step up 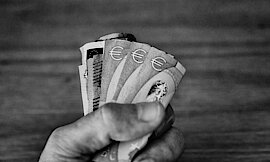 How to ease the EU fiscal straitjacket

Without major reform of the EU fiscal framework, public investment will be insufficient in the wake of the pandemic 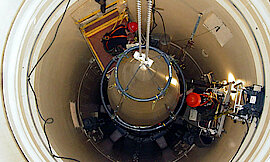 For a strategy of minimal deterrence

Nuclear weapons don’t have to be stationed in Germany to keep Europe safe. A minimal stockpile is all that NATO needs

No to a fudge on the rule of law!

The rule of law has always been a foundation of the EU. It must not give in to Poland's and Hungary's blackmailing