Quota systems may be imperfect and legally contentious, but they are a means to an end, and only temporary, if there’s a desire to see more women in our legislative bodies. In practical feminism, a simple rule applies: a cultural shift becomes apparent only once the proportion of women in an organisation reaches 30 per cent. Equality means 50 per cent.

France, Belgium, Spain, Portugal, Poland, Ireland and Croatia are among the many countries with quota regulations or ‘parity laws’. These compel parties to put up an equal number of male and female candidates in each constituency. Some of them reward parties that meet this target with extra funding, or punish them if they fail to comply.

Many European parties have made a voluntary pledge to organise their candidates in a ‘zipper system’ in which men and women alternate on their electoral lists. Some also apply mandatory quotas for women in their parliamentary groups. Ideally, these are 50 per cent quotas, though in practice they are often only 40 per cent. After all, a list of candidates containing men and women in alternating sequence is no guarantee of equal representation in parliamentary groups. Preferential voting, vote splitting, single-member voting – depending on the electoral system, some candidates could overtake others.

In any case, the point is not to meet a set target but to achieve cultural change along the way. Does gender matter? Feminists have written their fingers to the bone in pointing out the differences between biological and social gender. A quota for women seems to take us back to the dark ages of gender theory, to a pre-Judith Butler era. Do we really have to consider what a political representative has between their legs? And what about the growing group of people who identify as neither male nor female and are not covered by conventional quota systems? This is actually a serious concern.

How the times have changed – slowly

When I started conducting research in the Austrian parliament in 1998 as a 24-year-old political journalist, my mere presence in the corridors of power dramatically increased the proportion of women, not to mention lowering the average age. At the time, all parliamentary groups were led by men, apart from the Liberal Forum. All three of the speakers of parliament were men. MPs, press officers, even the ushers: all men, and none of them in the first flush of youth.

After the National Council elections in 1999, a Green MP and a Social Democrat MP were elected, both aged about 30 with lives that were easy to identify with. They were mothers, or soon would be, they sometimes wore trainers, jeans and leather jackets, they hadn’t worked their way up from a trade union, an activist organisation or a political advisory role – and they wouldn’t have passed for their parents.

Maybe it’s bold to claim that a political world in which women held half the power would be a better one. But it would certainly be more diverse. And work would be over by 4.30.

When an Austrian minister became pregnant in office for the first time in 2006, it turned out that the parliament’s rules of procedure and the constitution had no provision for this. In purely legal terms, Austrian politicians who give birth have no right to maternity leave. Until 2015, pregnancy formally came under the heading ‘Illness and other impediments’ in the National Council’s rules of procedure.

There were no facilities for babies there until the mid-noughties. When a Green MP breastfed her newborn in the chamber during the inauguration in 1990, the then speaker (a Social Democrat) demanded that she be ejected in order to prevent ‘damage to health’ – of the baby. At least there’s now a breastfeeding room, and mothers’ partners also have access to the parliament. But there is still no in-house nursery.

The case for parity laws

Progress is just too slow, not only on women’s issues but also on diversity. Being gay or lesbian, not being born in Austria or having parents who came there as refugees from a neighbouring country or as economic migrants, living as a traditional married couple, as a single parent or in a patchwork family: my friends and acquaintances have covered the whole gamut of modern lifestyles over the past 20 years. But when I went down to the parliament and looked at the gender, age and origin of the MPs, it was as though we were stuck in the days of the Iron Curtain.

We all know the reasons why. It starts when the party lists are drawn up. It’s compounded by the timing and atmosphere of political decision-making and meetings, mostly in the evenings over a glass of wine or beer. And it’s reflected in all manner of everyday things, such as the way the parliament was neither family-friendly nor child-friendly as an employer and workplace for so long.

That is why parity laws make sense. They alone will deliver lasting change to the process of becoming a politician and the practices of politics. They put pressure on the political system to get back in sync with general socio-political trends, and not to exist in its own little microcosm that is entirely comfortable with the crazy hours and fragmented daily routine of politics. Maybe it’s bold to claim that a political world in which women held half the power would be a better one. But it would certainly be more diverse. And work would be over by 4.30.

Barbara Tóth is a Vienna-based author and journalist. She writes for the magazine Falter about Austrian  politics.

Barbara Tóth is a Vienna-based author and journalist. She writes for the magazine Falter about Austrian  politics. 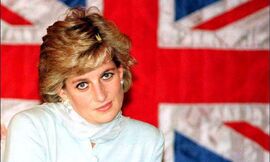 25 years after the Princess Diana interview aired, a series of grave malpractices by the BBC were revealed. The broadcaster needs urgent reform 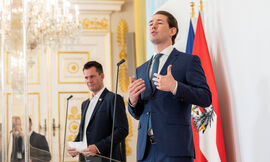 Recent corruption scandals have not only ruined the Austrian leader's clean-cut image. His entire political project has been exposed as pure marketing

Reinvent the macroeconomic rulebook for the euro zone

The pandemic-induced economic shock has shown how the EU's fiscal and monetary rules are outdated and ineffective. It is time to rethink them 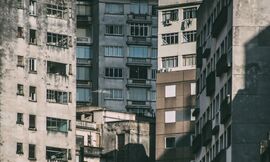 Housing should not be a luxury

The Covid-19 pandemic has exacerbated the already rampant housing inequality across Europe. But it could also be a catalyst for change 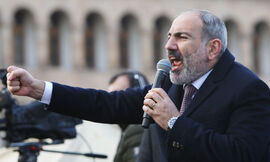 The calm before the storm

The bitter defeat over Nagorno-Karabakh has thrown Armenia into a downward spiral. The upcoming election won’t solve the country’s political crisis