The Italian government has decided to reject €39bn in ESM support. This marks the peak of the conflict surrounding coronabonds, which has been playing out in public for a number of weeks. Most eurozone states want these bonds; a small group of nations, led by the Netherlands and, sadly, Germany, does not. The German position cites practical reasons, at least as far as the social-democratic side of the government is concerned. It argues that existing instruments like the ESM can provide quicker assistance than coronabonds, which still have to be brought into existence in the first place. By contrast, the Dutch rejection is based on dogmatic and ideological grounds. The battle lines have been drawn.

Despite this difficult situation, Europe’s finance ministers have succeeded in agreeing a historical rescue package: A total of €500bn will be mobilised, broken down into a programme for short-time work, loans for companies via the European Investment Bank and loans for countries via the European Stability Mechanism (ESM). This is supplemented by an ECB stimulus programme worth €750bn. This compromise is a true display of combined strength that will provide immediate and – very importantly – near-unconditional support. In particular, the joint decision to offer loans via the ESM without conditions is aimed at accommodating countries like Italy. That is why I expressly welcomed this solution.

However, it is now becoming clear that this will not be enough. Unilateral border closures, blocks on the export of protective face masks and the long hesitation to provide support beyond one’s national borders: These are the images that will leave a lasting impression on people. Rabble-rousers like Salvini are only too happy to take advantage, painting a picture of a Europe lacking solidarity and intending to impose the troika in the form of the ESM on an already crisis-hit Italy. Memories of the financial crises of 2008/09 and 2011/12 are being exploited.

The economic case for coronabonds

Back then, while countries like Portugal, Italy, Ireland, Greece and Spain were badly hit, there was a debate in Europe as to whether countries with such a poor handling of their own finances should be helped at all. The solution involved assistance accompanied by conditions that were partially draconian. The cutbacks demanded by the troika in the areas of pensions, social security and healthcare have not been forgotten. Now the ESM package is being equated with the troika – and the moral importance of coronabonds is being blown out of all proportion. This is a risky game. The argument is a simple one: If there are coronabonds, Europe will finally be a community of solidarity. If not, this will show that it has no solidarity. However, the dramatic situation we find ourselves in is not the time for symbolic debates about specific financial instruments. What we need is actual solidarity in a way that provides direct assistance for people in need.

I myself called for eurobonds ten years ago. Unlike eurobonds, coronabonds would be time-limited and explicitly intended to combat the impact of the coronavirus crisis. I consider both instruments to be appropriate. Eurobonds are a common instrument allowing the eurozone states to protect themselves against speculators on the financial markets. They complete the euro currency zone, which remains incomplete as things stand. They ensure that all states can obtain financing at the same, predictable conditions.

If we are to properly overcome the coronavirus crisis, now is the time for us to lay the foundations that will finally turn the European Union into a real community of solidarity.

And if eurobonds are fundamentally appropriate, then coronabonds are necessary in the current situation. What we are seeing right now is a health crisis leading to an economic crisis. It is especially tragic that Italy and Spain, countries that are still recovering from the last crisis, have been hit the hardest. In circumstances like these, our partners need support. Not as an act of charity, but because of solid economic reasoning. The European nations, particularly those in the eurozone, are inextricably linked. The collapse of a G7 nation like Italy would have catastrophic economic consequences, including for Germany.

Towards a European community of solidarity

Despite this, the irreconcilable lines of conflict in Europe mean there will be no coronabonds or eurobonds in the near future. We will have to deal with this situation. It demands an immediate response to help the southern European nations, which is why the European rescue package represents an important step. What we need now is a courageous and far-reaching dialogue with the Italians to explain the importance and the impact of these measures – and make it absolutely clear that we are on their side. The various civic solidarity initiatives, such as the one headed by Lars Castellucci, are helping to achieve this. We need to emphasise that we will work together as Europeans to overcome this crisis.

And we need to talk about how we can improve the EU, ideally sooner rather than later. Once again, we have seen that the response to even the deepest crisis is, first and foremost, conceptualised in national terms. This has to change. We require a real European civil protection mechanism that helps people when they need help and when their country is at breaking point. And we also need to finally have a fundamental debate about the future of the EU. We must complete the economic and monetary union by giving the EU greater authority and the financial capacity to promote investment, employment and education in its own right. Common European policy should be about more than just competitiveness.

Fiscal and social policy must be better aligned. This includes improving the coordination of fiscal policy in order to prevent a race to the bottom and the exploitation of tax loopholes, especially by tech giants. A European social union also needs to ensure minimum standards for workers’ rights, a guaranteed living wage and a basic safety net in all EU member states. This would allow economic developments and shocks to be counteracted jointly and more effectively. Last but not least, these changes also require a larger common European budget.

Coronabonds and ESM loans alone are not adequate responses to the coronavirus pandemic, nor will they secure the future of Europe in the year in which Brexit finally becomes a reality. In the medium to long term, we need an EU with greater financial capacity, a crisis-resistant economic and monetary union and a coordinated social policy. In other words, a common European response means more than just a fiscal and economic policy measure. If we are to properly overcome the coronavirus crisis, now is the time for us to lay the foundations that will finally turn the European Union into a real community of solidarity – so that it can take more effective action in future when states are plunged into crisis through no fault of their own.

Martin Schulz is a member of the German Bundestag for the Social Democratic Party (SPD). From 2017-2018 he was the SPD's party leader and from 2012-2017 president of the European Parliament.

Martin Schulz is a member of the German Bundestag for the Social Democratic Party (SPD). From 2017-2018 he was the SPD's party leader and from 2012-2017 president of the European Parliament.

Away from the EU, back to the UK’s old Commonwealth allies: Boris Johnson dreams of an alternative to the EU with a new free trade agreement

A new bridge between East and West?

While Moldova, Georgia, and Ukraine are strengthening their relationship with the EU with a new agreement, Russia is feeling increasingly surrounded 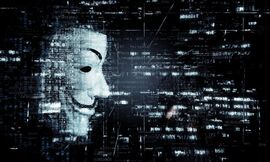 How Denmark became the most cyber-secure country

In a world where countries worldwide are facing increasingly sophisticated cyberattacks, Denmark is leading the global race in cybersecurity

What the EU can learn from Switzerland

Switzerland has rejected a completed framework for further integration into the EU. By doing so, it has exposed the limits of workers' rights in the EU

The recent violence in Georgia had journalists and LGBT+ activists fearing for their lives. The Georgian government failed to protect democracy