International discussion about the import tariffs announced recently by President Donald Trump has so far focused on the major global players embroiled in the trade dispute. Yet it is African countries that could be hit particularly hard by the punitive tariffs. As the old African proverb says, ‘When elephants fight, it’s the grass that suffers.’

Two countries in particular, Egypt and South Africa, potentially face massive losses of jobs and income if the import tariffs come into play. Given their already fragile economies, this could tip many more of their citizens into poverty.

Africa is far more dependent on overseas trade than other economic regions like the EU or North America, which respectively do 63 and 40 per cent of their trade with their neighbours. By contrast, intra-African trade makes up much less than 20 per cent of total foreign trade on the continent.

The African Continental Free Trade Area (CFTA), announced with great pomp by 44 African states at a special summit of the African Union in Rwanda in March 2018, will do little to change these trade balances in the foreseeable future. Although the CFTA aims to eliminate tariffs on intra-African trade in services and 90 per cent of goods, common external tariffs have still not been agreed (in part because of the EU's controversial <link kommentar artikel afrikas-ttip-422 _blank>Economic Partnership Agreements). Moreover, some of the most important African states – South Africa, Nigeria and Uganda – are yet to join the CFTA.

Africa's integration into global trade also remains asymmetrical. Its foreign trade is dominated by commodity and agricultural exports and capital goods imports. Africa is also far more dependent on trade with the rest of the world than other economic regions. This is due to a fragmented intra-African market, decades of stagnant regional and continental integration, high transaction costs, plus tariffs and non-tariff trade barriers. However, the continent has been largely overlooked in the international debate about the effects of Trump's protective tariffs on steel and aluminium.

In January 2018, US steel production outpaced that in Egypt or South Africa by a factor of 10.

The US is the world's biggest importer of steel and aluminium. In 2017, it imported 34.6 million tonnes of steel. At the same time, it is producing more and more steel with an ever-smaller workforce. Fewer than 300,000 workers, with the number steadily falling, were employed in the US steel sector in 2015. The US's steel imports in that year were distributed across 85 different countries. Four of them – Canada, China, Russia and the UAE – dominated by a considerable margin, accounting for 75 per cent of total imports.

The US is even more dependent on foreign imports for aluminium, and this dependency has grown continuously in recent decades. No less than 90 per cent of its aluminium demand is covered by imports. Back in 1993, there were still 23 aluminium smelters in the US; today there are only five. But the aluminium smelting jobs that Trump's policies are intended to protect make up only 3 per cent of total jobs in the country’s aluminium industry. The remaining 97 per cent (approximately 156,000) are in downstream manufacturing production. US industry has already warned of an ‘ugly trade-off’. Its experts predict that raising the tariffs would also push up costs in the US automotive and aviation sectors, making jobs in these sectors even less internationally competitive.

Economists worldwide are warning of a trade war. They acknowledge that the global overproduction of steel and aluminium is a problem that needs to be solved. However, they have raised concerns that restricting free markets rules, as US president Donald Trump is attempting to do,not only violate WTO rules, but would also cause lasting damage to the global economy.

Trump's protectionism risks spreading to other industries and countries. However, the world trade system, and in particular US-EU trade relations, urgently needs reform, especially since the EU has built-up more trade barriers in recent decades than the US. Furthermore, economists warn that a trade war between the major global players could have serious repercussions for Africa’s infant industries.

In January 2018, US steel production outpaced that in Egypt or South Africa by a factor of 10. They are ranked 22nd and 27th respectively in global steel production, and first and second among African steel exporters (with Libya and Morocco a distant third and fourth). Nonetheless, the metalworking industries in African countries like these are significantly more important to those countries' economies than is the case in the US, China or Europe.

South Africa stressed how its steel industry is also suffering from global overproduction and low prices on the international market, which pose a massive threat to jobs.

According to the Egyptian trade minister Tarek Kabil, steel exports now account for six per cent of the country's total exports, meaning there is still plenty of scope for growth. Cairo's Metallurgical Industries Chamber also sees great potential for a further rise in Egyptian steel exports.

Yet Egypt and South Africa are among the 12 countries for which the US Department of Commerce's report ‘The Effect of Imports of Steel on National Security’ recommends a tariff of at least 53 per cent on steel imports. Punitive tariffs like this would thus hit Egypt far harder than, say, the EU. Thousands of steel workers would lose their jobs. To win an exemption from these import tariffs, Cairo would need to make major foreign policy concessions. Because of Egypt's relative lack of bargaining power, these concessions would be far more substantial than any that the EU, including Germany, might have to make.

African metal exports only benefit the US

In 2017, South Africa exported steel valued at $950 million to the US, making up 1.4 per cent of total US imports. Its aluminium exports to the US were worth $375 million, equivalent to 1.6 per cent of the US's global imports of the metal.

The South African Department of Trade and Industry (dti) argues that these exports do not constitute unfair trade or threaten US industry or jobs, despite South Africa also being included on the list of countries threatened with exceptionally high punitive tariffs. The dti claims that the exports have actually served as an input to the US manufacturing industry, thereby helping to create jobs and boost productive capacity in the US.

Responding swiftly, in March 2018 the government in Pretoria formally requested to be excluded from the US tariffs. It stressed how the South African steel industry is also suffering from global overproduction and low prices on the international market, which pose a massive threat to jobs. The South African government expects a decision by the end of April.

Despite this request, the country’s steel industry fears that the US could use the discussion about protective tariffs as an excuse to levy tariffs on processed products too. South Africa faces the added difficulty that it is not a key US ally.

Dirk Kohnert has been an Associate Research Fellow at the GIGA Institute for African Studies in Hamburg since 2011. Previously, for 20 years, he was its deputy director and longtime editor of its scientific journal 'Africa Spectrum'.

Dirk Kohnert has been an Associate Research Fellow at the GIGA Institute for African Studies in Hamburg since 2011. Previously, for 20 years, he was its deputy director and longtime editor of its scientific journal 'Africa Spectrum'.

A new mission for Mali 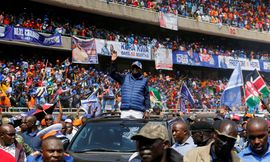 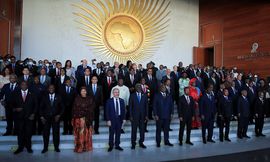 The state of African social democracy

Africa is yet to fully flesh out a democratic order that responds to its specific history. The notion of ‘ubuntu’ has to play a central role here 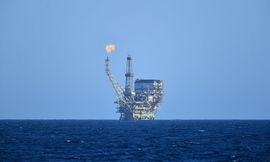 The EU’s flip-flop on gas

To decouple from Russian energy, the EU has embarked on a shopping tour for African gas. This not just bad news for the climate, but for Africans too 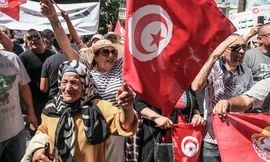 Tunisia’s democracy is under pressure