In mid-October, the Syrian Democratic Forces, a US-backed, predominantly Kurdish militia with ties to the Kurdistan Workers’ Party (PKK) in Turkey, ‘liberated’ my hometown, Raqqa, from Islamic State (ISIS) fighters. Arabs, a majority of the region’s population, had little to do with ISIS’s ouster. In a city where locals have long been relegated to second-class status, the triumph of the Democratic Union Party (PYD) – the Syrian branch of the PKK – has kindled fears that history is repeating.

Activists from Raqqa have long referred to our dilapidated city as an ‘internal colony,’ owing to its long history of economic, political, and social marginalisation at the hands of Syrian governments. In the early 1970s, Raqqa – then small and poor – was nonetheless moving forward and flourishing. Schools were multiplying as attendance surged. Other public services were improving as well, and parents believed that their children would lead more prosperous lives than they and previous generations had.

This was certainly true of my parents, who sacrificed a lot to raise their nine children. They were not happy when, in the 1970s, their older sons became communists, strongly opposing the brutal regime of Hafez al-Assad, President Bashar al-Assad’s father. But this was not a far-fetched transformation in a city where people were assuming new identities – Nasserist, Baathist, Islamist, communist – downplaying their regional and tribal origins.

But by the time I was arrested in 1980, as a university student in Aleppo, the future my parents once envisioned had begun to vanish. Five years later, another son was arrested, followed by a third six months after that. Our mother died of cancer while the three of us were in prison, hardly exceptional for Syrians at the time. We were among many from across the political and ideological spectrum who were arrested and tortured for daring to oppose the Assad regime. Syrians suffered from extreme repression, with people denied the right to assemble or even to discuss issues publicly, and the country was reduced to a political desert.

I didn’t get out of jail until 1996, when I was 35. Returning to Raqqa then, after 16 years behind bars, I was struck by what Assad’s regime – 26 years in power at that time – had done to my city. There was no trace of political life, no public debate, no young people talking about the books they were reading or the films they were watching. Before my arrest, Raqqa had three cinemas. By the time I was released, there was only one, used mostly for weddings.

The cult of Hafez had, by then, replaced Syrians’ free will. The elder Assad’s images were ubiquitous; among the first landmarks to greet me upon my release was a huge statue of the president. The walls were covered in vapid quotations from the hollow speeches of ‘the master of the nation.’

Raqqa was in rapid decline by then, and the city’s despair would intensify over the next decade. By 2007, even Abdullah Dardari, the deputy prime minister for economic affairs and a chief architect of Syria’s economic reforms (which were upended by the 2011 civil war), described Raqqa as a long-forgotten city. The arrival of ISIS only hastened the colonisation of my ephemeral metropolis.

Sadly, even with ISIS gone, the sense of siege remains. Western forces and their proxy, the PYD militia, whose real loyalty is to their leaders in Turkey, now control Raqqa. One of the first things that our new PYD liberators/occupiers did after declaring victory was to display their own foreign identity by installing a huge portrait of the PKK’s jailed leader, Abdullah Ocalan. Not a single Syrian symbol was offered in tandem. Worse, after a military operation that destroyed 90 per cent of the city and killed some 1,800 residents, the city’s new rulers have not even begun to remove the bodies buried beneath the rubble. Instead, long-time residents have been prevented from returning to their homes.

For those of us with long memories, it is impossible not to draw comparisons with past rulers – the Assad regime and ISIS. (The fascist organisation that the Western media calls ISIS – a name that confers on it Islamic credentials – is more likely to be called Daesh in the Islamic world, a name coined by my brother Khaled, who was in jail with me in the 1980s.)

What is different this time is the seemingly inevitable march toward ethnic conflict. The city’s previous victims are its latest victims as well. The exploited, impoverished, underrepresented, despised, and dehumanised population is living under even worse conditions, more marginalised than ever. The locals are being dealt with as tribes, according to the modern colonial model.

Raqqa’s ‘liberation’ is not ours. The population is more estranged than ever. Our past struggles for freedom and justice are being ignored. The locals who fought against ISIS, and who were made to disappear at its hands (including my brother Feras, abducted in July 2013), are still missing. And ISIS has served as the ideal monster for many colonial occupiers eager to appear less villainous than they are.


Yassin al-Haj Saleh, a Syrian activist, writes for Al-Jumhuriya.net, a journal of political affairs co-sponsored by the European Endowment for Democracy. 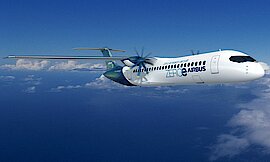 The EU's failed solar strategy saw China capture the market. It needs to not repeat the same mistake with green hydrogen 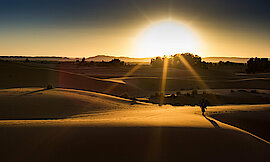 Germany and the EU launched ambitious ‘green’ hydrogen plans. To satisfy demand, all eyes are now on the MENA region

Germany needs to speak up against annexation

Israel’s annexation of Palestinian territories would be a gross violation of international law. Germany needs to take a stand 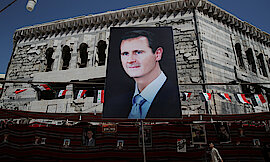 There is no sign of a political opening or a negotiated conflict settlement in Syria. It's time for Europe to change its strategy