The corona pandemic is accelerating various trends to which no region or country can remain immune. One such trend is the diversification and sometimes deglobalisation of supply chains. Such a trend was under way even before the coronavirus hit and has been steadily gaining momentum. The debate on reshoring production – especially from China – has also picked up speed in Europe. Many countries favour reducing dependencies and bottlenecks that Covid-19 has exposed. This is not only changing structures of production in individual countries. In future, the trade relations of whole regions might be different.

McKinsey, a management consultancy, is advising global businesses to make their supply chains more resilient. In its view, this is important not only because of the pandemic, but also because of climate change. A DHL survey of 350 global firms conducted in mid-2020 found that 57 per cent would like to reassess their supply chains. And 30 per cent want to reduce their dependence on east Asian suppliers. Little has changed thus far. But if reshoring is really stepped up it would accelerate a deglobalisation trend that has been ongoing since the 2008 financial and economic crisis.

This could render obsolete a development model on which – inspired by numerous Asian success stories – many African states have pinned their hopes. This development already threatened the economic rise of many countries in the Global South even before the corona crisis. There are now signs that global supply chains are permanently changing. Many such countries that had aspired to integrate into these supply chains now risk falling behind.

Many African states are characterised by strong import and export dependencies, high levels of employment in the informal economy and a lack of resources to fund their social security systems.. The United Nations Conference on Trade and Development (UNCTAD) fears that, long term, one of the effects of the pandemic could be that the demand for African export goods reduces, which would negatively affect African integration into global supply chains and investment in the continent that favours economic diversification.

In many African countries, over 80 per cent of employees are working in the informal sector. A structural transformation of economies  that could have offered more formal sector jobs  has largely failed to materialise. In recent decades, some Asian countries have achieved economic lift-off by becoming part of globalised supply chains. These countries managed this initially by protecting their own industries against global competition and developing ambitious industrial and social policies.

If the model of supply chain globalisation is now reaching its end, there needs to be an honest debate on how the necessary socio-ecological transformation in Africa can be brought about.

To date, this route has largely been closed to Sub-Saharan Africa, not least because of a lack of fair trade partnership – including subsidies for European products, which make the development of local industries in Africa more difficult. In recent years, various countries have vied for foreign direct investment by building special economic zones. Ethiopia is a prominent example that has developed into a textile industry hub. But because this has boiled down to a race to the bottom on wage costs, while productivity remains comparatively low, there is still little prospect of sustainable development.

In this context, more recently there have been moves on the African continent to favour regional market integration as an alternative. This found more practical expression in 2018 with the African Continental Free Trade Area (AfCFTA). Its aim is to reduce the continent’s dependency, thereby nurturing the development of value chains within Africa.

If the model of supply chain globalisation is now reaching its end, there needs to be an honest debate on how the necessary socio-ecological transformation in Africa can be brought about. Africa desperately needs more jobs and to tackle the consequences of climate change. But where will it find the necessary impetus and resources?

Regional cooperation formats and interregional partnerships could fashion a new ‘multilateral vanguard’. The aim would be a solidarity-based multilateralism supporting a fair socio-ecological transformation in the Global South. Such a type of multilateralism would have to cope with the fallout from deglobalisation, however. This entails the (re)negotiation of enhanced, sustainable and fair international cooperation in a post-Covid social contract. The participation of civil society representatives and trade unions in such negotiation would be key as this cannot be left to governments alone.

With multilateralism in crisis the regional level offers the main political basis for such a social contract. In the immediate future relations between Africa and Europe offer a number of opportunities to boost multilateral trust and expand participation in multilateral processes. For example, the African-European partnership is being recalibrated within the framework of the post-Cotonou negotiations. They cover trade between developing African, Caribbean and Pacific countries The summit between the African Union and the EU planned for 2021 would also be an ideal platform.

The EU and AU have common goals

The EU is currently formulating a new Africa strategy with the aim to reshape the African-European partnership. This is very much in keeping with the ‘geopolitical’ Commission invoked by its President Ursula von der Leyen. There is a real opportunity to link common strategic interests with the key issue of Africa’s development prospects in the post-Corona world. Previously, the cooperation agenda and Europe’s Africa policy have tended to remain trapped in a donor–recipient mind-set. Long-term goals are often sacrificed to short-term economic-policy and protectionist goals. Furthermore, relations continue to be plagued by old reflexes: during the Corona pandemic in Europe, for example, scare stories about increased migration reared their head once again. Such a narrow approach endangers a more strategic and equitable cooperation.

Africa is in the EU’s immediate neighbourhood, in sharp contrast to the United States and China. For that reason the two regions depend strongly on one’s another’s stability. Both the AU and the EU are formally committed to democracy and human rights. One example is the African Charter on Democracy, Elections and Governance (ACDEG), even though its promotion, not to mention compliance, is not much of a priority. Democracy and human rights can become the foundation of cooperation. Both sides would benefit because democracies are more stable over the long term.

A renewed EU and African partnership could instigate the strengthening of a solidarity-based multilateralism and a global post-Covid social contract.

Moreover, both European and African governments and businesses would like to better regionalise value creation. This would make the EU less dependent on Asian markets. The AU, in turn, wants better access to European markets. The interests of both regions are therefore aligned.

The envisaged recalibration is also influenced by the systemic competition between the EU and China. For two decades now the People’s Republic has supported infrastructure development on the African continent. Whether, in a world divided up into trading blocks, African states opt for heightened integration in the European or in the Chinese and Asian economic areas is increasingly a strategic foreign policy issue, with consequences for the EU in particular. The EU and Africa have numerous common interests. Nevertheless, to date the two regions have barely discussed the expansion of their strategic cooperation.

A renewed EU and African partnership

Evidently, the partnership between these continents needs to be worked out in more detail. Its basic features are clear. The Agenda 2030 already provides a common framework. More non-government participation is crucial. What is lacking, however, are for example joint projects to regionalise supply chains much more intensively. There are various approaches, from the automobile industry to the development of pharmaceutical industries. One important step would be concrete cooperation on producing and distributing a Covid-19 vaccine. Africa’s governments expect that, with European support, a vaccine will be made available as a global public good.

Another common interest is ambitious climate protection. Both continents have made a clear commitment to the Paris climate agreement. Many African states are massively affected by climate change and climate protection is high on the European political agenda, too. All the more beneficial, then, to engage in intensive exchange with the EU on the transfer of technologies and the expansion of renewable energies. Corresponding systems could reach as far as Europe.

The Green Deal that the EU has called for will be of particular interest in Africa if it includes concrete provisions for African countries. But such outreach must go beyond the transfer of clean technologies and relevant investments. It must also entail local value creation, fair-employment efforts and trade union participation. One step towards a new partnership would be the current policy initiative for a German and European supply chain law. It would make businesses take more responsibility for their supply chains.

A renewed EU and African partnership could instigate the strengthening of a solidarity-based multilateralism and a global post-Covid social contract. To that end, the future EU-Africa partnership should be explicitly oriented towards the goals of Agenda 2030. For example, they need to serve as benchmarks for trade agreements. Such steps would breath life into Agenda 2030 and the Paris Agreement.

Dr Manfred Öhm is Head of the Sub-Saharan Africa Department of the Friedrich-Ebert-Stiftung. He was previously a country representative in Sudan and Mozambique.

Henrik Maihack heads the office of the Friedrich-Ebert-Stiftung in Kenya. Prior to that, he worked for the foundation first in New Delhi, India, and then headed the offices in Bangladesh and South Sudan.

Dr Manfred Öhm is Head of the Sub-Saharan Africa Department of the Friedrich-Ebert-Stiftung. He was previously a country representative in Sudan and Mozambique.

Henrik Maihack heads the office of the Friedrich-Ebert-Stiftung in Kenya. Prior to that, he worked for the foundation first in New Delhi, India, and then headed the offices in Bangladesh and South Sudan. 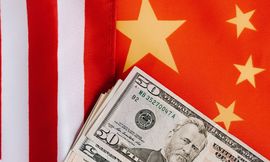 China to the rescue?

Who could soften the dire effects of the war in Ukraine on the Global South? China could — by selling its US assets and launching a special fund 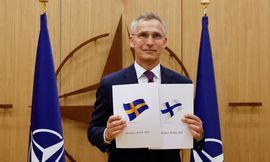 With its war of aggression Russia has united NATO, persuading Sweden and Finland to revert a decades long policy of neutrality 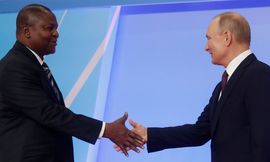 How the West can win back the Central African Republic

To shake Russia’s position in the Central African Republic, Europe needs to stop reducing the country to a geopolitical sideshow 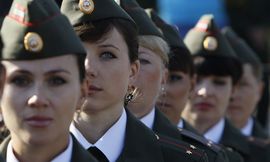 As a neighbour of Ukraine and with its own breakaway region, Moldova finds itself in a changed security context where it must rethink its neutrality

More News from Archive
Most read
China to the rescue?

Who could soften the dire effects of the war in Ukraine on the Global South? China could — by selling its US assets and launching a special fund

Last week, First Minister Nicola Sturgeon officially launched the SNP’s independence campaign. But will it ever be able to deliver on its promises?