In recent weeks, the Korean Peninsula has gone through yet another nuclear and missile crisis. In response to Pyongyang’s tests, US president Donald Trump ordered an aircraft carrier group to Korean shores, and vice-president Michael Pence warned that Washington’s strategic patience was running out. These steps looked even more threatening against the background of Trump’s decision to strike a Syrian airbase in response to an alleged use of chemical weapons by Syrian president Bashar Assad’s military.  The firework show in Syria became an impressive culmination of the official dinner held by Donald Trump in honour of China's visiting President Xi Jinping, whom Trump was trying to engage in an effort to lean hard on North Korea.

By now, the shock has subsided, but the issue is still there, and new crises are virtually certain. To North Korea’s ruling Kim dynasty, nuclear weapons and a missile fleet are a guarantee of regime survival. The Kims are no crazy operators, rather they are brutal but rational rulers who have learned well the lessons of Saddam Hussein’s overthrow in Iraq and Muammar Qaddafi’s in Libya. Kim Jong-un is now aiming for a capability for his missiles to reach the US West Coast, and is unlikely to ever give up his deterrent. Neither political pressure, nor economic sanctions can dissuade Pyongyang from its nuclear quest. It is only a matter of time before North Korea becomes a full-fledged nuclear power.

The Kims are no crazy operators, rather they are brutal but rational rulers.

Russia has intimate knowledge of North Korea. It shares a few dozen kilometres of border with the DPRK. It is no ally of Pyongyang, but over the decades it has built a keen understanding of the Stalinist regime there. As one of the guarantors of the non-proliferation regime, Moscow does not support Pyongyang’s nuclear ambitions. It was not amused when several years ago a malfunctioning North Korean missile landed within Russia’s exclusive economic zone. However, the Russians read the DPRK’s nuclear and missile programmes as essentially a regime-protection strategy.

From Moscow’s perspective, US shows of force in and around Korea are more provocative than dissuasive. Particularly dangerous, however, would be a US preventative strike at the DPRK’s nuclear and missile assets. The Russians have not forgotten that US President John Kennedy risked an all-out war with the Soviet Union in 1962 when Soviet leader Nikita Khrushchev recklessly sought to balance US nuclear missiles in Turkey with Soviet ones in Cuba. Today, the Russians don’t like Washington’s use of the North Korean threat to deploy the THAAD missile defence system in South Korea, which adds to the US effort of building a global missile defence shield that eventually might chip away at Russia’s own deterrent.

In the eyes of Washington and the world, China is the key player on the North Korean issue. At the Florida get-together, Trump was pressing Xi to make Kim Jong-un abandon his efforts. Beijing is clearly angry with its ally in Pyongyang, neither is it thrilled to be seen running errands on Washington’s behalf. China's economic pressure and diplomatic moves, including bristling articles addressed to North Korea in its official media, are predictably rebuffed by Pyongyang, leading the China-US game into a stalemate.

This creates an opening for Moscow. Russia, of course, acknowledges the fact that North Korea is of paramount importance to China. Enjoying strategic partnership — a sort of contemporary major power entente — with Beijing, Moscow is careful not to do anything against China’s interests in an area which is so sensitive for Beijing. However, Russia is not simply following China. It has its own agenda and something approaching a strategy.

Russia’s agenda is, simply put, raising its global stature. It wants to be recognized as a key player in all major security issues, and certainly those concerning Eurasia. For starters, Moscow is keeping its channels of communication open to all parties — Beijing, Pyongyang, Washington, Seoul, and Tokyo. At the UN Security Council, Russia is part of the common front against nuclear proliferation. It has warned Pyongyang against further tests and urged it to resume six-party talks on the nuclear issue. At the same time, it deplores US muscle-flexing and its missile defence deployments in North-East Asia. However, Russia is pinning its main hopes on the two Korean states.

Koreans from the South as well as the North are intensely nationalistic and patriotic. Should the new South Korean president Moon Jae-in revive the “Sunshine policy” of one of his predecessors, Russia could then try and resurrect its idea of building a rail link and gas pipeline between North and South Korea, which would give Pyongyang a steady legal income.

Should Trump be ready to offer Kim Jong-un US security guarantees for his regime in exchange for limiting North Korea’s missile program so that the US West Coast remains safe from North Korean projectiles, Russia could also offer to host a six-party summit in Vladivostok, Russia's small metropolis on the Pacific, so close to the two Koreas, as well as China and Japan. This would be an appropriate setting for Trump and Kim Jong-un to meet face to face. Rather than stealing China’s lunch, Russia would be lifting a load off its chest.

Dmitri Trenin is the director of the Carnegie Moscow Center and one of Russia's leading experts on foreign relations.

Andrei Trenin works as a lawyer in Moscow. 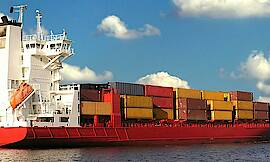 The new empty argument against trade

If anything, the current crisis offers powerful evidence of why we need global supply chains and widely distributed production 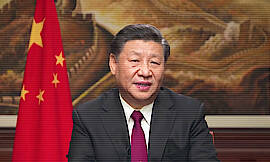 If China wishes to lead the world, it will have to offer more than money and intimidation 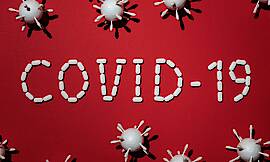 International cooperation is under pressure in the corona pandemic. The G20, UN and IMF are bucking the trend 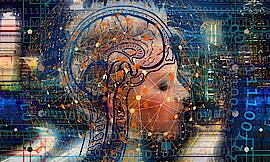 The coronavirus is driving digitalisation – which will likely hurt the Global South. And the EU isn't entirely innocent 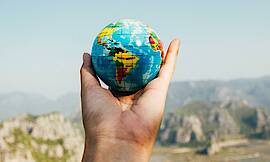 The international order after Covid-19

Crises tend to intensify and accelerate preexisting trends – in this case, the rise of anti-globalist nativism