Looking back at the upcoming anniversary of the pandemic and as the former head of the US Centers for Disease Control and Prevention (CDC), would you say that global cooperation and multilateralism passed the test in terms of the global response to the pandemic?

Covid-19 has shown the importance of multilateralism, because it's impossible to stop this virus without global collaboration. We're seeing COVAX get started, but not fast enough. It wasn’t quick enough to purchase vaccines, and we also don’t have enough production and manufacturing of the vaccine globally.Fundamentally, I think we've seen a big global failure in the case of Covid-19, and this shows us what needs to be done going forward.

In particular the WHO has received a fair share of criticism. Is the organisation still essential to respond to future threats?

I do think that the WHO is essential. It’s the anchor of our global collaboration. It’s important for guidance, for data, for country collaboration. However, the WHO is a necessary, but not sufficient institution to deal with the threats of the 21st century.

First, I think it’s really quite fair to say that WHO has performed much better in this emergency than they did in the Ebola outbreak. We have to give credit where credit is due.

Second, for all of the important reforms that will be discussed, I think the most important one is human resources. And this may be a little bit nitty-gritty. But I do think it’s enormously important. The way the WHO selects, promotes, retains staff, the criteria they use, at least for their Emergencies Programme, has to be changed – and it has to rely on technical skills first and foremost.

Now, I am confident that a good human resources unit can do this in a way that gives you a wide diversity of gender and geography. But it has to be based on technical skill first and foremost. To the extent that the WHO goes down the pathway of following politics rather than technical excellence, they fail in their mission.

What should be done to fix this?

But the one thing it should never do is sit in on individual interviews for promotions and hiring. That is an inappropriate role. This results in an improper set of interactions where one staff member will support the promotion of another, for that person to then support that person's promotion.

This is a problem, and it’s one of the reasons that WHO does not function as well as it should. So, I'm very blunt here because I do think WHO is essential. But I think unless the human resources issues are much better dealt with, it will still not be able to meet the full needs of fulfilling its mission.

It’s a very big problem. In any organisation that requires the agreement of every country in the world, you're not going to move very quickly or efficiently. So, perhaps for some subset of decisions with the Emergencies Programme, there could be a different way of working.

However, there is strength in the representative nature of the WHO. Because countries feel that they are represented, they have more trust and willingness to listen to the organisation. And that’s something that shouldn’t be lost.

So how do we create a global health architecture that can respond effectively to future pandemics or other public health challenges?

What's needed is 5 to 10 billion US-Dollar per year for many years for fundamental public health preparedness activities. And that’s not going to be able to go through WHO. There's no way that WHO can put that kind of money through its system.

How do we create a global health architecture that’s fit for purpose in the 21st century? The answer to that question is not so clear. But at a minimum, it might include an important and increased role for development banks, and an important role for the Global Fund. Because the Global Fund does have the ability to fund programmes in-country effectively.

Moreover, there's a need for additional organisations like the Africa CDC, regional CDCs. I read that the European Commission has decided to increase the funding of the European Centre for Disease Prevention and Control and that there are discussions of creating CDCs in the ASEAN region and in the Middle East.

These are additional ways by which we might be able to get stronger systems in place for supporting countries. Because the most important thing isn't the global institutions or the regional CDCs. The most important thing is improving country capacity. And we have to be laser focused on that because it means looking at the ability of countries to find and stop health threats.

One of the most important things we can do to make progress is to have a mobilising global target. And I recently suggested one such target that we called 7-1-7: every new outbreak, or suspected outbreak, should be able to be identified within seven days, investigated and reported within one day, and then effective control measures put in place within seven days.

If countries matter most, what can wealthy nations do to support poorer countries in their level of responsiveness?

I would make four points here. First, yes, money is needed. And, again, USD 5 to 10 billion a year for at least a decade — these are additional dollars specifically for preparedness, in addition to funding for research, primary care, and other critically important needs.

Third, increased manufacturing capacity, including for vaccines like the mRNA vaccines around the world so that we are not so dependent on a few companies in rich countries. Low and middle-income countries would then also have regional manufacturing plants that could be used, not just for Covid-19, but potentially for other diseases as well.

What role do you see for private, non-state actors in such efforts?

There’s a role for civil society, both non-governmental philanthropic organisations, as well as the private sector. And there's a lot we can do through them to strengthen global health. Some of it funding, some of it is know-how, some of it is partnerships.

Philanthropic organisations like the Bill and Melinda Gates Foundation can catalyse the establishment of new financial mechanisms. There are some new blended finance means, not just government-funded, but also with the private sector. There are many roles the private sector can play and does play in all the range from basic research to delivery and distributions.

One year into the pandemic: Will we be ready the next time something like this happens?

The answer very much lies in the balance right now. We can be, we should be. Shame on us if we’re not. But if we keep on doing what we've always done, we’ll get the results we’ve always gotten. And we really do need to step up in global collaboration, in global preparedness, in country preparedness.

This interview was conducted by Michael Bröning.

Thomas R. Frieden is an American infectious disease and public health physician.He serves as president and CEO of Resolve to Save Lives, a USd 225 million, five-year initiative to prevent epidemics and cardiovascular disease. He was the director of the US Centers for Disease Control and Prevention (CDC).

Thomas R. Frieden is an American infectious disease and public health physician.He serves as president and CEO of Resolve to Save Lives, a USd 225 million, five-year initiative to prevent epidemics and cardiovascular disease. He was the director of the US Centers for Disease Control and Prevention (CDC). 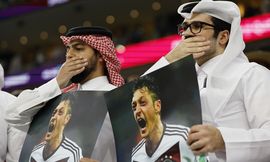 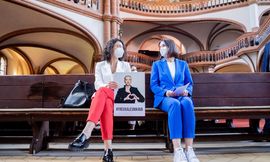 Tatsiana Khomich on her sister and opposition leader Maria Kolesnikova's health, repression in Belarus and the country's role in the Ukraine war 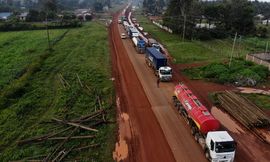 ‘Africa can achieve more if it will speak with one voice‘ 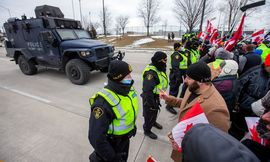 The leader of the Canadian Social Democrats, Jagmeet Singh, on the consequences of the Ukraine war, inflation as well as polarisation in Canada 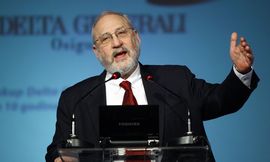 'In the end, we have to decide what are the bigger risks.'