The news of the Russian invasion of Ukraine came as a shock to the world and to Europe, including Bulgaria — the EU member state that traditionally shown the strongest sympathies for Russia. They are historically motivated not only by the fact that Russia made a decisive contribution to the liberation of Bulgaria from Ottoman rule, but also by nostalgia for the Communist period, when the role of the Soviet Union was perceived by many as modernising. Apart from the emotional proximity, there is also a strong economic connection — Bulgaria is highly dependent on Russian energy supplies.

Prime Minister Kirill Petkov is a staunch and unwavering opponent of Putin's war, and recently called Russia, not quite diplomatically, a ‘gas station with missiles.

From the very beginning of the Russian invasion of Ukraine, Bulgaria showed loyalty to its European and Euro-Atlantic partners. Sofia condemned the Russian attack, supporting the common line within the European Council and at the NATO Summit. At the session of the UN General Assembly, Bulgaria voted together with all EU member states on the resolution condemning Russia. Moreover, ten Russian diplomats have been expelled from the country on charges of inadmissible practices. As a result, the Russian Ambassador Eleonora Mitrofanova to Bulgaria indulged in arrogant comments about Bulgaria’s behaviour, which provoked a request for explanations from the Ministry of Foreign Affairs. In the end, Bulgaria, along with other EU members, was included in Moscow’s list of ‘hostile states.’

Not so united in opposition

However, this visible unanimity of Bulgaria and its partners could not hide domestic tensions. Bulgaria is currently ruled by an unusual four-party coalition. One of the participants in the government is the Bulgarian Socialist Party, the successor to the former communists, which opposed new sanctions against Russia because of its Russophile electorate. There is a more openly pro-Russian party in the parliament, Vazrazhdane (Revival), which has initiated protests against possible NATO intervention in the Russian-Ukrainian conflict.

At the same time, Prime Minister Kirill Petkov is a staunch and unwavering opponent of Putin’s war. Recently, he called Russia — in not so diplomatic terms — a ‘gas station with missiles.’ In his determination, Petkov went so far as to dismiss Defence Minister Stefan Yanev over a public statement, in which the events in Ukraine were labelled not as a ‘war’ but instead — following Putin’s terminology — as a ‘special operation’. The change of defence minister during the war in Ukraine is unprecedented among NATO member states and has understandably provoked differing interpretations. In contrast, Bulgaria’s President Rumen Radev behaves far more moderately than Petkov. At one point, he suggested that Bulgaria could host possible peace talks between Moscow and Kyiv.

Against Russia but also against NATO involvement

These nuances do not substantially change the Bulgarian position on the conflict. They nevertheless indicate that influential circles in the Bulgarian political elite are aware of the pro-Russian sentiments in society and do not want to openly oppose them. The very format of the public debate is interesting. There is no substantial controversy on whether or not Russia should be condemned for its aggression in Ukraine. The Bulgarian institutions have clearly positioned themselves.

However, the debate has shifted towards another direction: should military assistance be provided to Ukraine — in the form of aircraft or missile defence systems? In this way, it is possible to indirectly present support for Ukraine as a desire to involve Bulgaria in the war. Conversely, the pursuit of peace may seem like neutrality in conflict. The visit of US Secretary of Defence Lloyd Austin to Bulgaria on 18-19 March has led to speculations that the United States will urge Bulgaria to intervene militarily in Ukraine — which has heightened public fears.

16 per cent of Bulgarians justify Russia's invasion of Ukraine, compared to 61 per cent who do not.

Public opinion confirms the potential of the ‘shifted debate’. A survey conducted by the polling agency ‘Trend’ in mid-March found that 16 per cent of Bulgarians justify Russia’s invasion of Ukraine, compared to 61 per cent who do not. The ratio is 1: 4. However, the situation is different with regard to the question of whether NATO should intervene in the war on the side of Ukraine. 77 per cent of Bulgarians oppose NATO intervention, while only 9 per cent are in favour.

The fact that Bulgaria is the poorest country in the EU means that ordinary people’s concerns about negative economic consequences of the war are widespread — inflation, shortages of basic goods, the risk of energy crisis. Unfortunately, the Bulgarian government justifies the country’s economic failures by pointing at external factors — in this case: the war. This way, the fear of war is becoming a key aspect of Bulgarian society’s socio-psychological situation — and may lead to growing reservations in Bulgarian support for Ukraine. If the debate ‘for’ or ‘against’ military support to Ukraine becomes the main issue on the national agenda, the threat of a political crisis should therefore not to be underestimated.

Boris Popivanov is an Assistant Professor in Political Science at Sofia University ‘St. Kliment Ohridski’ and Junior Researcher at NEC, Plovdiv. His fields of his professional interest are: problems of citizenship; EU integration processes and the Balkan countries; and democratic governance.

Boris Popivanov is an Assistant Professor in Political Science at Sofia University ‘St. Kliment Ohridski’ and Junior Researcher at NEC, Plovdiv. His fields of his professional interest are: problems of citizenship; EU integration processes and the Balkan countries; and democratic governance.

Turkey enters alliances or puts them on hold, strengthens or weakens them. While it might look like a big jumble, Erdoğan knows how to play his cards 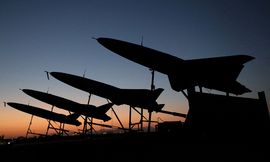 ‘I think that might be one bridge too far for Russia’

Middle East expert Gil Murciano on Israel's relationship with the West, arms exports to Ukraine, Moscow's role in Syria and the threat from Iran 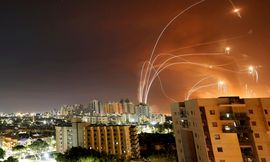 The enemy of my enemy is my friend

Despite massive criticism, Iran supports Russia's war against Ukraine — deciding that the benefits of allying with the country outweigh the costs

How China uses health diplomacy as a soft power tool

During Covid-19, China's 'first responder' narrative has taken root in many developing countries. The EU must also pursue a strategic health diplomacy

Amazon has fired 10.000 employees — planning to increase its revenues on the back of its workers. Changing that will require pressure from below