Six billion USD disappearing from a sovereign wealth fund. A corrupt head of government who is sentenced to twelve years in prison and faces an additional ten years. An aged former prime minister who cannot let go of power. And an opposition leader who was sidelined for many years by politically motivated prison sentences. Malaysia has recently provided enough material for a whole slew of screenplays and documentaries.

As if all of this weren’t enough, Sultan Abdullah Shah, the country’s ruler, has declared a state of emergency until August 2021, increased the powers of the military and dissolved parliament. For the first time since 1969, Malaysia is being governed without parliamentary control.

The decree was framed as a measure against the coronavirus, but political observers doubt that the pandemic was actually the trigger. Rather, the more likely motive is that Prime Minister Muhyiddin Yassin, who has ruled with the ‘Perikatan Nasional’ (PN) coalition since March 2020, has recently lost the confidence of his own ranks.

Muhyiddin is the former deputy of ex-prime minister Najib Razak, who was found guilty of seven charges of embezzlement and money laundering in July 2020 and sentenced to at least twelve years in prison. Muhyiddin took office without elections; at no point has he been able to dispel doubts about the legitimacy of his leadership role, and he is considered responsible for the current political instability.

The current situation in Malaysia is comparable to the widespread frustration that has resulted from corruption and nepotism ever since 2009, when Najib Razak, son of former Prime Minister Abdul Razak, took office. Najib’s government created the now insolvent sovereign wealth fund 1MDB (1 Malaysia Development Berhad) to encourage foreign direct investment and drive economic development initiatives in the areas of energy, agriculture, real estate, and tourism.

But Najib, who led the fund’s supervisory board as finance minister, has been under scrutiny by international investigators for money laundering and fraud since 2015. They were able to prove that he diverted hundreds of millions of dollars into personal bank accounts. In total, Najib Razak and his cronies are said to have stolen up to six billion USD from the sovereign wealth fund.

But a central conflict in the multi-ethnic Southeast Asian state remained: to this day, religious minorities, including Hindus, Christians and Jews, feel oppressed by the Malay majority.

At first glance this may seem contradictory, but Najib’s greed has actually revitalised democracy in Malaysia. For 61 years, the national conservative UMNO (United Malays National Organization), a party supported by the Malay majority, dominated the government. Together with smaller coalition partners, UMNO ruled the country in an increasingly authoritarian manner and to this day often acts high-handedly. UMNO’s ability to bring Malaysia’s state institutions largely under control after 1957 has led to systematic corruption. But it was only when Najib Razak’s offence in the management of the highly indebted sovereign wealth fund 1MDB could no longer be denied that an unusual political alliance was formed. The decades-long hegemony of UMNO was brought to a temporary end with the 2018 parliamentary elections.

Two political heavyweights teamed up to drive Najib out of office: Mahathir Mohamad, former long-time prime minister, who directed Malaysia’s modernisation and economic success between 1981 and 2003; and Anwar Ibrahim from ‘Pakatan Harapan’, the Alliance of Hope, a coalition of parties of social democracy, social justice and Islamic modernism. Hence, the first change of government in Malaysia since 1957 was accompanied by high hopes for a democratic awakening. After the Anwar-led opposition narrowly missed an election victory in 2013, hundreds of thousands of young Malaysians protested peacefully for a change of government.

Malaysia’s population is quite dynamic, with 44 per cent of the people under 24 years of age. After the 2018 election victory, the Mahathir-Anwar alliance oversaw a wave of democratic reforms: for example, the minimum wage was raised from 1,000 to 1,200 ringgit (200 to 240€) within just two years. State control over newspapers, blogs and discussion forums was relaxed, security laws were withdrawn, and the right to protest improved. Moreover, unlike in neighbouring Singapore, death sentences are no longer carried out in Malaysia.

But a central conflict in the multi-ethnic Southeast Asian state remained: to this day, religious minorities, including Hindus, Christians and Jews, feel oppressed by the Malay majority. With 51 per cent of the population, Malays make up the largest group and enjoy the so-called Bumiputra status, which guarantees permanent financial advantages in business dealings and property acquisition. Any vociferous questioning of Malay supremacy is punishable by imprisonment. Minorities are denied access to adequate vocational training and advanced study, which often precludes any hope of social advancement.

Shortly after UMNO was defeated in the elections, it became clear that the majority of Malays do not want to give up such privileges without a fight. When the Mahathir government broke an election promise in autumn 2018 and refused to ratify the UN Convention against Racial Discrimination, tens of thousands of Muslims celebrated Mahathir’s change of heart in the capital Kuala Lumpur. The Muslims, mostly dressed in white, carried placards demanding that the privileges of the Malays be retained – and among the demonstrators was the corrupt former Prime Minister Najib Razak, who had been voted out in May.

The abrupt end of the democratic awakening

Bumiputra status favours ethnic Malays at the expense of the Indian and Chinese minorities and is considered a special form of state discrimination. Historically, the immigration of Indians and Chinese had been encouraged by the British colonial rulers without the consent of the Malays. After gaining independence, complaints about the disproportionately high prosperity of the minorities increased. During the riots of 1969, the shops that angry mobs set fire to were mainly Chinese. Two years later, UMNO implemented the New Economic Policy, which to this day favours employing ethnic Malays in government and universities, and is therefore seen by the minorities as a cause of corruption and patronage.

The widespread corruption has posed a setback to economic development in Malaysia. The value of the local currency, the ringgit, has fallen, and Malaysians’ purchasing power plummeted.

The conflict over changes to the Bumiputra status, however, increasingly caused dissonances within Pakatan Harapan. A handover of the office of Prime Minister from Mahathir Mohamad to Anwar Ibrahim was actually expected in the middle of the current legislative period (which runs until 2023). But it became increasingly clear that the now 94-year-old Mahathir was against allowing Anwar to assume the top government post. When Mahathir learned in early 2020 that several allies wanted to nominate Anwar as his successor, he abruptly resigned. And thus the democratic awakening in Malaysia came to an abrupt end.

Anwar Ibrahim saw himself being tricked by Mahathir – and not for the first time. Already at the end of the 1990s, Mahathir had his former deputy and finance minister thrown into jail with unproven allegations about his private life. This measure, which international observers considered to be political imprisonment, was repeated in 2014 under Najib Razak, when Anwar Ibrahim became a respected opposition leader and serious candidate for the office of head of government.

Can the democratic process be rebooted?

It’s only thanks to a judicial review in 2018 that Anwar Ibrahim is now a free man. But today he is still waiting for the chance to prove himself as head of government. Meanwhile, the 94-year-old Mahathir Mohamad also apparently wants to run for office again. Both politicians are currently looking for new parliamentary majorities to replace Muhyiddin Yassin after new elections. The lawyer for the opposition coalition, Ramkarpal Singh, sees Malaysia’s state of emergency as a violation of the constitution. According to Anwar Ibrahim, the governing coalition is trying to shut down parliament by hiding behind an unnecessary emergency ordinance.

The widespread corruption has posed a setback to economic development in Malaysia. The value of the local currency, the ringgit, has fallen, and Malaysians’ purchasing power plummeted. After two highly publicised plane crashes in 2014, Malaysia Airlines tried desperately to restructure under new management – but as a result of the coronavirus pandemic, the airline’s financial needs have increased again significantly. Economists criticise the decision to call a state of emergency because it is exacerbating the country’s economic problems. And growth forecasts have deteriorated considerably.

Several Members of Parliament from the ranks of the ruling coalition have called on Prime Minister Muhyiddin Yassin to resign to allow for early elections. But the newly imposed state of emergency is delaying all chances for a quick reboot in the democratic process. 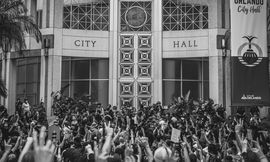 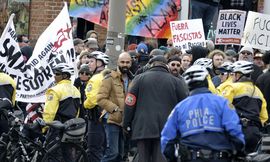 Culture wars have displaced class struggle as the engine of politics. Now, with Europe under attack, it needs to mobilise socially and economically 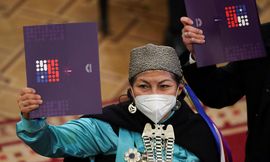 Chile’s new constitution is on a knife-edge

On 4 September, Chileans will vote on a new, progressive constitution. But a fierce right-wing campaign makes the result hang in the balance

The state of African social democracy

Africa is yet to fully flesh out a democratic order that responds to its specific history. The notion of ‘ubuntu’ has to play a central role here 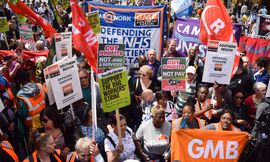 Profits, not wages, are exacerbating inflation and the cost-of-living crisis. In response, the EU should strengthen collective bargaining