Scottish First Minister Nicola Sturgeon pledged that a referendum would take place, if possible, within the first half of the five-year parliamentary term – by the end of 2023. Beyond that, however, the government did little publicly to advance its long-held vision of independence. Instead, the priority was to address the pandemic and not to be seen to focus on the constitution at the expense of public health. Now, times have changed and so has the approach.

On 14 June 2022, with a launch event in Edinburgh, Nicola Sturgeon attempted to reboot Scotland’s independence debate. Alongside her Scottish Green colleague, Sturgeon declared that ‘it is time’ to discuss the question of independence anew. In tandem, the Scottish Government published a report comparing the UK’s economic and social record with those of other European countries – seeking to demonstrate that Scotland would be better off as an independent state. As far as the SNP is concerned, its self-declared moratorium on making the case for independence is unquestionably over.

The Scottish independence debate has long been comprised of two parallel discussions: a procedural one on whether a referendum should be held, and a substantive one on whether Scotland should become independent. Most of the attention in recent years has been focused on the procedural discussion. Indeed, the Scottish Government has been locked in a political dispute with the UK Government since 2017 over the prospect of a new referendum. No consensus currently exists, between the parties in the Scottish Parliament or between the Edinburgh and London governments, on whether or when a fresh referendum should take place.

The Scottish Government has, for now, sought to bypass the procedural debate.

It is noteworthy, then, that the SNP deliberately chose to focus the Scottish Government’s renewed independence campaign on the substantive discussion instead. Last week’s report has been billed as the first in a series of papers, called ‘Building a New Scotland’, which the government intends to publish in stages over the months ahead. According to Sturgeon, the forthcoming papers will address the topics of economy and finance, currency, welfare and pensions, EU membership, trade, and defence, and security. Collectively, they should form the Scottish Government’s pitch for independence, ahead of the referendum it aspires to hold by the end of next year.

Two aspects of this new campaign stand out. First, the strategy of multiple New Scotland papers marks a departure from the SNP’s approach in advance of the 2014 independence referendum. Back then, the Scottish Government published a single 650-page report, entitled Scotland’s Future, as its signature prospectus for statehood. Despite its length, that report is mostly remembered today for being vague and rushed. With its New Scotland series, the SNP surely hopes to avoid similar criticism this time by addressing core topics of the substantive debate in a targeted and planned manner.

Second, the Scottish Government has, for now, sought to bypass the procedural debate. The New Scotland series is focused on making arguments for independence and convincing voters to back that option. It is not designed to address the unresolved question of how to hold a referendum when the UK Government opposes that premise. In fact, it may seem rather odd to have launched a new independence referendum campaign when the referendum itself has yet to be agreed between Edinburgh and London. The rationale for doing so nonetheless speaks to the competing pressures weighing on the SNP and the Scottish Greens as they seek both a bone fide referendum and future statehood.

Ever since it first raised the possibility of a new independence referendum in response to Brexit, the Scottish Government has been consistent in calling for it to be ‘legal’ and ‘constitutional’. In other words, its aim is to provide a genuine route to independence, if voters chose that path. Ultimately, that goal can only be realised through cooperation with the UK Government. Yet British Prime Minister Boris Johnson has regularly made clear, including after last year’s Scottish Parliament election, that he does not want to discuss the issue. In that light, the SNP is now trying to defer the procedural questions and concentrate on its campaign arguments because the latter do not depend on external negotiation. Those arguments can be formulated and offered to voters directly, with the imprimatur of the Scottish Government, on its own timetable.

Moreover, the quest by the independence movement for its popular majority, eventually expressed in a referendum, is viewed as cyclical. A pro-independence referendum result can deliver statehood, and pro-independence public opinion can deliver the referendum. Over recent months, polls have indicated that voters are fairly evenly split on the constitutional question, with the pro-UK side slightly ahead. Feeling sufficiently confident to resume its full campaigning efforts, the SNP, along with the Greens, will now attempt to bolster support for the cause. Their attention will be focused in particular on voters who opposed Brexit but did not previously back independence – those who could be persuaded to support it by a sufficiently compelling and robust prospectus. That is unquestionably the prime audience of the New Scotland series.

Closer to home, the SNP’s leadership has been under sustained pressure from the party’s membership and the wider independence movement to make tangible progress on the mission of statehood. Having called for years for a new referendum, and pledged to hold one by the end of next year, the SNP has a vital imperative to fulfil its promise. If the party enters the next Scottish parliamentary election, scheduled for May 2026, without having delivered a referendum, the reaction from traditional supporters could be strongly negative. The new government independence campaign is therefore linked to the longevity of the party and its leadership.

With last week’s launch, the SNP officially activated its general independence campaign. In practice, attention will likely be focused on the publication of each New Scotland paper and the competing arguments associated with the core topics of debate. Nevertheless, the party cannot escape the fact that, procedurally, its relations with the UK Government over a referendum remain at an impasse. The Scottish Government can make its arguments for independence, regardless of that impasse – and it has motivations to do so. To secure a referendum with a viable path to statehood, however, it will have to reach agreement with the UK Government one way or another. That is a reality which cannot be argued away.

Anthony Salamone FRSA is managing director of European Merchants, a Scottish political analysis firm in Edinburgh. A political scientist, he is a member of the Edinburgh Europa Institute.

Anthony Salamone FRSA is managing director of European Merchants, a Scottish political analysis firm in Edinburgh. A political scientist, he is a member of the Edinburgh Europa Institute. 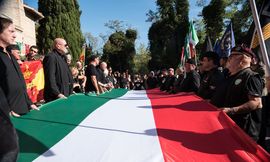 The World Cup of opportunity

The world’s melting pot is not London or Los Angeles but Doha. Many are here for the work prospects and the opportunities brought by the World Cup 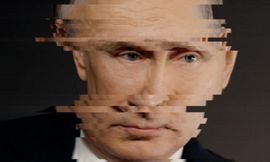 The word ‘stability’ has been the motto of Putin’s rule. But now he himself has become a source of instability 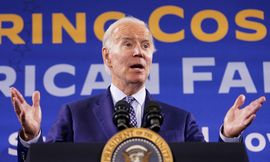 A Democrats’ sigh of relief

The Democrats' performance in this year's US midterms was a surprising success. Still, the results laid bare that nothing is certain in 2024