The Paradise Papers, Panama Papers, Lux Leaks and Swiss Leaks have presented rare insights into the murky workings of secrecy jurisdictions, financial opacity and enablers of illicit financial flows (IFFs). For instance, the Panama Papers revealed how a Jersey-based company used offshore services in an endeavour to avoid paying $400 million in taxes to Uganda. That is more than what the Uganda government spends on healthcare every year.

These leaks have demonstrated that IFFs pose a massive threat to development, equity and justice globally, and are one of the greatest challenges of our time. IFFs, or illicit cross-border flows, are generated through a range of activities including tax evasion and avoidance by multinational corporations and the global elite, misappropriation of state assets, and laundered proceeds of crime, and lead to developing countries (conservatively) losing $1 - $1.6 trillion annually.  It is widely recognised that IFFs are corrosive of the state’s legitimacy and capacity to act, as countries lose hundreds of billions of dollars each year.

The shadowy world of illicit finance is systemically aided by a complex network of tax havens and secrecy jurisdictions. Tax havens are countries or even regions within countries that provide an escape from tax, tightly lidded financial secrecy and a complete avoidance of criminal laws and regulations. An efficient industry of enablers of illicit financial flows, including banks, audit and law firms, and offshore service providers, help multinational corporations and the rich get richer not by increased economic activity, but by avoiding paying their fair share of taxes in the jurisdictions where they operate and create value.

Tax havens fuel industrial scale tax evasion and avoidance, corruption and crime with far-reaching consequences for the realisation of human rights for most of the world’s population, especially in developing countries. Estimates suggest that multinational corporations and the elite hold approximately 11.5 per cent of global GDP – $8.7 trillion – in tax havens; and that between 10 and 15 per cent, or $21-32 trillion, of private financial assets had been invested in or through tax havens by 2010. As such, tax havens enable prerogatives of wealth which strike disproportionately against state sovereignty, government policy, regulatory environments and tax systems in developing regions.

Illicit financial flows, coupled with tax havens, deplete government revenue, undermine the realisation of human rights and subvert national sovereignty. IFFs hinder domestic capital formation and impact organic growth, have significant private investment-inhibiting effects, compound indebtedness and increase dependence on foreign aid. Due to weakened state revenue, governments are compelled to introduce regressive, indirect taxes on consumption that end up hurting the vulnerable and women disproportionately. Regressive tax structures limit the redistribution that social programmes aim for, as they end up being funded by the same people they set out to benefit. There are indisputable interlinkages between IFFs and persistent poverty and intersecting inequalities. Illicit flows hamper human development through their impact on political institutions, social cohesion, public morale and tax systems.

It must be emphasized that illicit financial flows, the complex web of tax havens and secrecy jurisdictions that facilitates IFFs, and the resulting poverty and inequality, are not inevitable. Tax havens are, in fact, a stark symbol and a systemic product of neocolonialism. As colonies gained independence, their colonial masters had to devise alternative ways in which wealth from other countries would continue to flow to developed countries’ financial capitals. It was thus in the interest of countries like Britain to create and maintain a web of small island secrecy jurisdictions which would engage in the dirty work of laundering proceeds of illicit activities. These funds would then find their way to the City of London.

The international tax agenda is driven by the OECD and backed by the G20 – both of which are clubs of mostly Northern states.

Further, since the 1970s, there was systemic investment in neoliberalism as an ideology as well as the neoliberal development model, resulting in so-called ‘free market’ reforms. The subsequent deregulation, privatisation and rollback of the state resulted in lower public spending, cutting of taxes, and fewer protections for workers.

The relaxation of exchange controls – or governmental policies of regulating access to foreign currency – led to a boom in offshore finance and tax havens, enabling multinational corporations and the global elite to exploit the international financial system. The loopholes in international tax laws and the existence of tax havens are thus in the interest of developed countries, who use it for their benefit at the cost of continued impoverishment of developing regions.

Following the financial crisis of 2007-08, which was itself a product of the fault lines in the international tax system, there were two paradoxical developments. There was a frenzy of movement of money offshore and a mushrooming of offshore service providers. Simultaneously, as the devastating impacts of the crisis and the following austerity measures started making themselves felt, the G20 assumed responsibility of reforming the international financial system and overhauling standards of financial transparency, regulation and supervision.

Even though issues related to IFFs now occupy the centre stage in global development debates, the international community and most international financial institutions have largely and underwhelmingly defined illicit financial flows as funds that are 'illegally earned, transferred or utilized', or from a legal perspective of activities that are explicitly illegal. Despite curbing illicit financial flows being recognised as an objective in the Sustainable Development Goals, it is poorly drafted, without a comprehensive definition and monitoring framework. Therefore, it makes for one of the lowest priorities for national governments to address.

The lack of democracy in the global order

Efforts to address money laundering, tax avoidance and profit shifting practices by multinational corporations, and steps to bring about transparency in the global financial system have largely been spearheaded and designed by developed countries. International financial institutions that design norms of international finance, tax and accounting standards mostly comprise of rich, developed countries.

It is necessary to recognise the disproportionately damaging impacts illicit financial flows have on human rights and development in developing countries.

The international tax agenda is driven by the OECD and backed by the G20 – both of which are clubs of mostly Northern states. The Base Erosion and Profit Shifting (BEPS) project (a package of 15 Action Plans that provides domestic and international instruments needed to tackle exploitation of gaps and mismatches in tax rules) as well as the Automatic Exchange of Tax Information standard were designed by the OECD. The current international financial architecture is therefore exclusive of most developing countries and most of the world’s population. They are left to look into the spaces where agenda is shaped and norms are designed.

Developing countries are then only invited (read geopolitically pressurised) to implement these norms that they had no role in designing. The lack of a representative, democratic space for all countries – developed and developing – to collectively shape international norms of finance, tax and accounting has resulted in the exclusion of differentiated realities and the concerns of developing countries.

It is necessary to recognise the disproportionately damaging impacts illicit financial flows have on human rights and development in developing countries. Framing IFFs as a human rights issue would address the inconsistencies arising from definitions that distinguish between legality and illegality. A universal definition of IFFs which evaluates intents and impacts based on human rights norms, practices and institutions would be able to lend urgency to national and international efforts to address the issue. This should include not only criminality but also flows resulting from abusive tax practices that may have harmful effects on the progressive realisation of human rights, In addition, the establishment of a neutral, democratic, representative forum for all countries to participate on an equal footing to design and shape norms of international taxation would also go a long way in ensuring a fair, equitable global order.

Neeti Biyani works on issues of tax and development, tax justice, illicit financial flows and transparency in the global financial system. She previously worked with Association for Democratic Reforms on electoral transparency, and holds a master’s degree in International Politics from SOAS, University of London.

Neeti Biyani works on issues of tax and development, tax justice, illicit financial flows and transparency in the global financial system. She previously worked with Association for Democratic Reforms on electoral transparency, and holds a master’s degree in International Politics from SOAS, University of London. 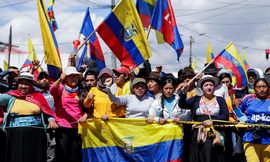 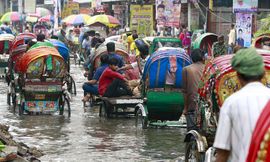 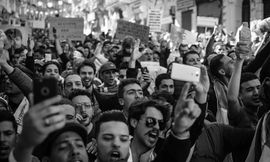 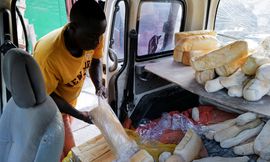 Why less is more

There’s only one way to avoid climate catastrophe: ‘de-growing’ our economy