The future shape of work has been a hot topic for some time now. Astonishingly however, certain questions are neglected in this discussion, such as how welfare states can continue to ensure prosperity, participation and social justice for the general public in a global economy that is increasingly driven by technology.

It’s long overdue to draw political conclusion from the effects of hyperglobalised capitalism and the advent of new technologies. After all, it is an illusion to think that, under the current system, digitalisation will not cost any jobs.

Already in 1944, Karl Polanyi highlighted the problems with a utopia of the self-regulating market in his book ‘The Great Transformation’. He argued that disengagement of markets, social institutions and the state meant turning land, labour and money into commodities – which would destabilise society, thus putting all its members at risk. Neoliberalism, following this logic in its purest form, has only partly kept its promise of adequate growth, new business opportunities and a sharp fall in unemployment. Instead, it has mainly led to less work and reduced prosperity for workers.

Dani Rodrik is right to point out that politicians ‘presented globalisation as inevitable and advantageous to all’. Those who benefited most from the rules of globalisation created after 1990, however, were multinationals and elites. More than just a few local economies lost jobs because their industries simply could not compete anymore in the globalised economy. Multinationals and their political accomplices used the discourse of the alleged benefits of market fundamentalism to make their companies more profitable – on the backs of the workers. As Joseph Stiglitz put it: ‘In this new era, labour was commodified – getting labour power was just like buying coal: one looked for the cheapest source. Never mind the consequences.’

Advancing globalisation has changed the world and tightened capitalism's global grip. It has become a byword for worldwide migration, the global exchange of knowledge, trade and capital and the relocation of production and supply chains abroad. Aside from creating more markets for the sale of products, the greater internationality has also led to global competition resulting in the need to invest in future technologies.

New technologies are largely developed by private enterprise and are at the centre of the clamour for higher productivity – companies that use them are often more efficient and therefore more profitable. Fears of a loss of full-time employment and decent jobs have already been realised for many employees through automated mass production, service platforms and part-time or temporary work. They have been sacrificed on the altar of competitiveness. Technological change has caused disruption in the areas where globalisation was meant to create options and opportunities.

This rapid structural change of business processes, industrial processes and societies seems set to continue. After all, today's technological battlegrounds – from 3D printing, augmented reality, big data, bio printing and cloud computing to the Internet of Things, the blockchain and artificial intelligence – form the business world of tomorrow. Of course, no one can say exactly when, what or how many jobs are at risk from new technologies, or precisely how they will affect society. Yet they will certainly cause major upheaval, as they benefit certain groups of workers while making others less employable.

How the future pans out mainly depends on whether states can keep control of market activities in the high-tech sector.

The general consensus seems to be that people in repetitive jobs could become unemployed sooner than those whose work requires more abstract and creative thinking. In particular, low-qualified workers, who have already borne the brunt of technical innovation, will continue to be affected: The number of available jobs that only require low qualifications is falling. Furthermore, the jobs of low-qualified workers are at greater risk of relocation.

But changes in workload and demand for different qualification levels are not the only effects of digitalisation. Labour organisation is changing, too: Various tasks are increasingly being outsourced via the internet. More and more tasks are handled outside the company, and the proportion of freelancers (platform workers) who work for various customers on a project-specific basis is rising. Consequently, companies are gradually moving towards more project-oriented organisational structures and away from fixed hierarchies. A ‘platform’ or ‘gig economy’ of this kind could lead to more uncertainty and periods of involuntary unemployment.

Technology is neither good nor bad

The challenge for the future lies in overcoming the growing inequality caused by technological transformation. While the global economic system and globalisation keep on driving closer integration and global competition, the technological transformation will continue to create societies with people who benefit from it – and those who are left behind. Views in the current debate on the future of work range from optimistic to pessimistic: Studies by Frey & Osborne, McKinsey and the World Economic Forum paint a bleak picture, predicting which jobs are at risk and how likely they are to disappear. Other studies present digitalisation more as an opportunity, emphasising the creation of new types of occupation.

Digitalisation is sharpening neoliberal tendencies in today's society and spurring companies to assert their own interests over those of the wider public. This is no surprise. The companies that develop and sell these technologies are often part of what Evgeny Morozov calls the avant-garde of the neoliberal agenda.

How the future pans out mainly depends on whether states can keep control of market activities in the high-tech sector. To succeed, states must find institutions and policies that create domesticated markets where innovations are possible. Technology is neither good nor bad – it is merely a tool. Therefore, the political task is to strengthen the positive potential uses of digitalisation and minimise the negative ones.

Christoph P. Mohr is Regional Director of the Friedrich-Ebert-Stiftung in Kazakhstan and Uzbekistan. He is co-editor of the volume Flight, Migration and the Left in Europe (Dietz 2017). 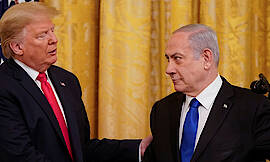 Moving on from Trump's plan for the Middle East 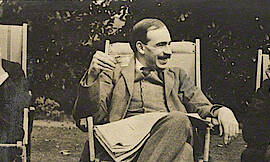 Why we need ‘Fridays for Keynesianism’

Unlike neoclassical economics, Keynes recognised the key role of the financial system in modern capitalist economies 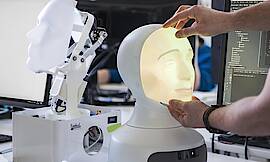 Why AI will not abolish work

Without new ways of fairly distributing paid and unpaid work, technologies such as AI could bring about a highly divided world 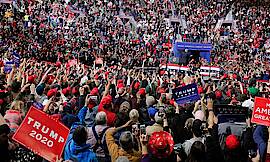 The myth of middle-class liberalism

The bourgeois are supposed to ensure open, democratic societies. In fact, historically they rarely have 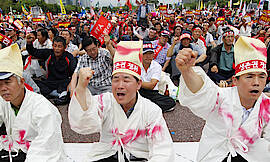 The EU Commission fails to enforce trade agreements' social and environmental norms. Just look at the case of South Korea