If you’re on the right-hand side of the political spectrum, the opinion polls ahead of Switzerland’s upcoming national elections on 20 October make grim reading, with headlines such as ‘A shift green-wards’, ‘Turning left’, and ‘Drubbing at the ballot box for Switzerland’s biggest party’ doing the rounds. Yes, things are not looking too good for the right-wing Swiss People’s Party (SVP)  – and that is good news.

Nevertheless, for all the breathless tabloid journalese, what count as ‘political earthquakes’ in Switzerland would barely register as tremors in some other countries, and the ‘electoral landslides’ being talked about here are actually measured in single figures. So we’re looking at an increase of around 3 per cent in the Greens’ share of the vote (GPS, 2015: 7.1 per cent), stagnation for the Social Democrats (SP, 2015: 18.8 per cent), and 2-3 per cent fewer votes for SVP (2015: 29.4 per cent). This will essentially mean no real change to the parliamentary arithmetic, which will still be marked by an economically liberal, socially conservative majority.

Most people in Switzerland seem to have accepted this status quo. On the federal level, all of the four major parties – SVP and SP as well as the Liberals (FDP) and the Christian Democratic People’s Party (CVP) – are involved in government. This makes the Social Democrats both a party of government and of opposition, with the logic of ‘grand coalitions’ being to balance interests and reach a democratic consensus. It is an institutional model characteristic of Switzerland and hardwired into Swiss voters.

Yet, as an alpine republic with an understanding of avalanches knows, even the smallest landslips can be of crucial importance. Following the last elections for the country’s larger chamber, the National Council, a right-wing conservative duo of the FDP and SVP came out with an absolute majority which, for all it was wafer-thin (101 of 200 seats), had a palpably reactionary effect on economic, social, and environmental policy.

As such, the SP have fought the current election campaign promising a ‘change of direction’ – a change unmistakably phrased (in contrast to Switzerland’s northern neighbour Germany) in ‘red-green’ terms. It remains to be seen to what extent this slogan will gain any traction in demographics less concerned with politics, but the overall goal is clear and simple: break the SVP-FDP majority in the National Council and pave the way for a more socially and ecologically progressive approach.

In its campaigning, the SP is focussing on four core areas: work, health, equality and climate. The first two are the SP’s home turf: talking about getting people into work and about the role of older workers on the one hand and securing a referendum on capping payments into health insurance at 10 per cent of available household income on the other. What SP is offering here are typical social-democratic answers to specific material issues of importance to the majority of working Swiss.

Apart from being close to social movements, the SP’s clear left-wing profile is another reason it has fared better than other European social-democratic parties.

When it comes to campaigning on immigration and Europe, the SP acts in more reserved fashion. That’s not because it has less to say on these topics or because these issues are less relevant. Quite to the contrary, the lack of progress in talks for a framework agreement with the EU is of high importance and, in comparison to its European sister parties, the SP, along with the country’s unions, has a very progressive stance on migration with a sharp social policy edge and clear positions on individual issues. The reason for the party’s reticence in this area is simple: against the political right, especially in the form of the SVP, the debate on Europe and immigration is one the Social Democrats just can’t win. And it’s interesting that the predicted setbacks for the SVP in the upcoming elections may well be a result of the fact that its two core button-pressing issues are simply not being discussed in the public sphere right now.

Then there is climate policy. As elsewhere, the climate emergency will have a decisive influence on the election result in Switzerland: the country’s green parties (including the centrist Green Liberals) are making gains and the SP attempts to underline its own achievements in environmental policy, presenting itself as a reliable, solutions-orientated problem-solving party. Yet the Swiss Social Democrats have not been able to resolve the fundamental contradictions between support for a capitalist, growth-based economy as the basis for its social policy initiatives and a genuinely sustainable approach to the climate issue. Moreover, SP has proven more or less wholly incapable to forge connections with the climate activist movement and become its natural political ally.

On equality, the situation is somewhat different. As a political issue, it’s nothing new, but the huge participation in the Women’s Strike of 14 June 2019 gave it fresh impetus. And when it comes to parity between the sexes, the SP campaign platform is hardly revolutionary, primarily centred around making things easier for working parents and equal pay. In contrast to its failure with the climate movement, however, the SP has been able to strike up a rapport with women’s activists and is seen as a party that is unambiguously pro equality. That’s because central figures in the equality movement are also in key positions within the party hierarchy.

This kind of solid, ‘organic’ connection between the party and broader movements explains the Swiss Social Democrats’ electoral successes relative to European sister parties in recent years. This mutual understanding and trust are the results of long years of work in the engine room of human relationships.

Apart from being close to social movements, the SP’s clear left-wing profile is another reason it has fared better than other European social-democratic parties. This has to do with some particularities of the Swiss political system: in addition to consensus democracy, there are the referendums that the SP actively uses to sharpen its left-wing profile. Yet, the SP’s left-wing profil is also the result of conscious political decisions: after all, the SP could also have gone down the socially-liberal road towards the right in the 1990s, but decided against doing so. Its credo of not allowing space for an electoral force to its left remains a deliberate strategic decision to this day.

Another factor in the party’s success is the role it accords its youth wing – the Young Socialists – having its president sit in the nine-person committee which steers the party at national level. One just needs to compare it to how the German Social Democrats stand vis-à-vis its Jungsozialisten (‘Jusos’). Its current leader, popular media darling Kevin Kühnert, recently summed up the difference in an interview with Wochenzeitung (WOZ) as follows: ‘I get the impression that the SP does a far better job of transmitting the energy of its youth wing into its party structures.’

Five SP members – Samira Marti, Mattea Meyer, Fabian Molina, Mathias Reynard, and Cédric Wermuth – have already held seats during the last term. They have helped make the party the country’s strongest among younger voters and then brought this dynamism into the wider party; these elections should see them joined by another crop of youth-wing activists, such as Tamara Funiciello, president of the Young Socialists until this August. Over the last two years, she has shown how ‘Feminism for the 99%’ can look in everyday political practice. With her unabashed, consistent style, she has become almost iconic among militant feminists in Switzerland – and will most likely find herself in the country’s parliament come 20 October.

Wermuth, Funiciello and the others have brought back a feeling to the party that politics is essentially a fight to secure hegemony and shape the national debate.

It isn’t just in terms of policy that Funiciello and her allies are having an effect on the party, but also in respect of how the party sees itself and politics as a whole. Overall, the SP strives to be a grass-roots party – more so, interestingly, in the German-speaking areas of Switzerland than in the French-language cantons, where it is likely to do worse than in the last elections. Its aim is to get members actively involved and make use of their abilities and it campaigns on a highly personal level, with door-to-door and telephone canvassing. While other parties finance their campaigns with Big Money (both from corporations and wealthy individuals), SP relies primarily on small-scale donations made by members and supporters.

This local-level approach has plenty of potential. That’s made particularly clear by observing examples such as staunchly conservative Aargau, where 33-year-old Cédric Wermuth, currently deputy leader of the SP parliamentary party, stands for one of the canton’s two seats in the Council of States, the Assembly’s second, smaller chamber. His political platform is uncompromisingly left-wing, but his committed, authentic campaigning means that he’s in with more than just a fighting chance.

Wermuth, Funiciello and the others have brought back a feeling to the party that politics is essentially a fight to secure hegemony and shape the national debate. That, if anything, is the main difference between them and the ‘old guard’ around party chairman Christian Levrat or leader of the parliamentary party, Roger Nordmann, who are known as tacticians with a gift for organising parliamentary majorities. A mutual understanding, however, that both wings have to contribute to the party’s aims, holds them together.

That said, it does send a clear message who’s at the top of a democratic party such as the SP. So it will be interesting to see what happens when, after around 12 years, Christian Levrat stands down as chairman, as he is widely expected to. Who will replace him? Will it be one of the ‘crazy young things’ (who are no longer as crazy or young as they used to be)? And if so, will they be able to change the party – and, more broadly, the prevailing understanding of what left-wing policy in the 21st century must mean – with the speed and lasting effect required? In view of the existential questions now confronting our societies about the very model of our civilisation, this is a decisive, perhaps the decisive, question – not just for social democracy, and not just for Switzerland.

Pascal Zwicky holds a doctorate in media studies and was responsible for policy at SP Switzerland until the end of 2018. Today he works in the education system of the city of Zurich and is active in the think tank Denknetz. He is co-editor of the recently published anthology 'Reclaim Democracy'.

Pascal Zwicky holds a doctorate in media studies and was responsible for policy at SP Switzerland until the end of 2018. Today he works in the education system of the city of Zurich and is active in the think tank Denknetz. He is co-editor of the recently published anthology 'Reclaim Democracy'. 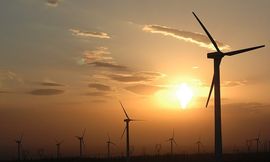 Last week, First Minister Nicola Sturgeon officially launched the SNP’s independence campaign. But will it ever be able to deliver on its promises?