Industrial policy has a notoriously bad reputation in Germany. The prevailing opinion among its economists is nicely reflected in the most recent report of the German Council of Economic Experts (to which I formulated a dissenting opinion):

‘In order to be sustainably successful, however, an innovation location should refrain from a guiding industrial policy, which sees it as a state task to identify future markets and technologies as strategically important … It is unlikely that policymakers have sufficient knowledge and understanding of future technological developments or changes in demand to make this a meaningful long-term strategy. If the government is concerned about sustainable progress, it should rather rely on the decentralised knowledge and the individual actions of various actors of the national economy … The potential for failure is greater the more fragmented and targeted the policy is.’

In view of this, it was all the more surprising that Annegret Kramp-Karrenbauer, the current chair of the Christian Democratic Union (CDU) and potential successor as chancellor to Angela Merkel, had announced a ‘real paradigm shift’ in industrial policy in an interview with the Frankfurter Allgemeinen Sonntagszeitung in September 2018. No less so was the fact that in February 2019 the CDU economics minister, Peter Altmaier, presented a ‘National Industrial Strategy 2030’, in which he formulated strategic guidelines for a German and European industrial policy. As expected, the reaction of German economists and business associations was almost unanimously negative.

The paper starts with the following diagnosis: ‘Industrial policy strategies are experiencing a renaissance in many parts of the world; there is hardly a successful country that relies exclusively and without exception on market forces to accomplish its tasks.’ The strategy includes the following ‘points of orientation’:

The share of German manufacturing in gross value added is to be increased from currently 23.2 per cent to 25 per cent. In the EU, the manufacturing share is to rise to 20 per cent by 2030. National and European champions — ‘size matters’ — are needed in order to be internationally successful. The long-term survival of existing German champions (Siemens, Thysssen-Krupp, the German automobile manufacturers and Deutsche Bank) is in the national political and economic interest. In the context of foreign takeovers of German companies, ‘in very important cases’ the state itself should become active by acquiring shares in the company. For this purpose, a national participation facility is to be created. In the case of battery cells, which are regarded as very important in terms of value chains, state support, including support for the formation of consortia, would make sense. Direct state participation is necessary and justified in the case of extremely important issues (the platform economy, artificial intelligence, autonomous driving).

With this catalogue Altmaier has made himself very vulnerable. The idea of a quantitative target for the value-added manufacturing share is just as questionable as a survival guarantee for large corporations. With the very general plea for national champions, the paper has also upset the smaller and medium-sized companies, which fear they would be disadvantaged in the process.

Overall, so far Altmaier’s paper has unfortunately not yet succeeded in initiating a constructive discussion on how to shape a successful industrial policy.

In the general outrage, the fundamental question of how Germany can arm itself against China’s aggressive industrial policy in international competition has hardly been discussed. It is interesting to see with what simple arguments this fundamental question is wiped off the table by the Scientific Advisory Board of the Federal Ministry of Economics and Technology, which includes leading German economists:

First, Chinese industrial policy led to the preservation of a highly subsidised heavy industry. Second, it was financed by the banking system, in which the first signs of an overload were seen, with loss-making industrial loans. Third, it remains to be seen whether Chinese industrial policy will still be successful once the race to catch up with the west has been completed. And lastly, China’s politics have had nothing to do with a social-market economy.

Overall, so far Altmaier’s paper has unfortunately not yet succeeded in initiating a constructive discussion on how to shape a successful industrial policy. Rather, there is a danger that the short spring of German industrial policy has already come to an end. Despite some of the paper’s weaknesses, it would be fatal, however, if one were to fall back into the market-loving paradigm of most German economists, which they describe with the strange slogan of Ordnungspolitik.

The industrial policy of the EU is essentially characterised by a horizontal approach. It aims to create a favourable framework for innovation but it avoids the targeted promotion of certain technologies. This approach differs fundamentally from the vertical dynamic of ‘Made in China 2025’, in which individual industries and technologies are specifically promoted.

How can the Altmaier paper be seen from a European perspective? Here, even the title, ‘National Industrial Strategy 2030’, is questionable. Can it still be sensible today for the individual member states of the EU to respond to the Chinese challenge with national strategies for industrial policy? And is it the right approach, as suggested in the paper, to derive the European strategy from given national strategies?

The goal should be a ‘green industrial policy’ for Europe, which aims to achieve a balance between competitiveness and the most ambitious decarbonisation possible.

Furthermore, it does not seem optimal to concentrate on individual links in value chains — the promotion of battery cells — instead of advancing the whole ecosystem. In October 2017, within the framework of the EU Battery Alliance, the EU explicitly spoke out in favour of a joint approach, which is showing initial success. But to promote electromobility further, it would be helpful if an appropriate network of charging stations were available throughout the union.

So far, this only applies to northern and central Europe. While China is aiming for five million charging stations in 2020, there were only around 155,000 in the EU in 2018 — a study by the Association of European Automobile Manufactures claims that at least two million will be needed by 2025. A holistic approach would also consider the energy system that is required for a stronger promotion of electromobility, the potential for autonomous driving and the implications for infrastructure of cities.

A joint European approach is also suitable for the promotion of artificial intelligence. This is the only way to make appropriate use of synergies in research and industrial applications. In the case of digital platforms, such as payment systems, unilateral national approaches are ruled out from the outset.

Altmaier’s strategy does not however suffer only from an inadequate European dimension and a partial focus on value chains. It is also too one-dimensionally oriented towards the goal of preserving industrial jobs. Nothing expresses this more clearly than the statement ‘The false distinction between “old dirty” industries and “clean new” industries is misleading’.

The goal should be a ‘green industrial policy’ for Europe, which aims to achieve a balance between competitiveness and the most ambitious decarbonisation possible. A stimulating proposal was recently made in this regard by Michel Barnier. He called for a ‘sustainability pact’ for the EU’s new policy cycle, as important in some respects as the stability and growth pact. As Barnier put it, ‘our ecological debts are no less a cause for concern than our fiscal debts.’

The pact would require concerted action on climate, trade, tax, agriculture and innovation — and massive investments. According to European Commission estimates, quoted by Barnier, the EU will need €180bn (USD 203bn) in additional investment each year to meet its commitments under the Paris agreement.

An interesting proposal for financing ambitious green policies was recently made by Paul de Grauwe. He proffered a model in which the European Investment Bank is entitled to finance environmental investments. The EIB would issue bonds refinancing these investments. The European Central Bank could buy these bonds at a pace dictated by the expiry of the old bonds on its balance sheet. The ECB could thereby create ‘green money’ without fuelling inflation.

In a nutshell, Altmaier’s paper is important because for the first time it has led to a lively discussion on industrial policy in Germany. Since it is to be feared that this impulse will sink into the German mainstream, it is of crucial importance to raise the discussion to the European level. And this does not primarily require national industrial policies, from which a European strategy is derived.

On the contrary, Europe’s entire potential must be identified to derive options for action at the national level. And it cannot primarily be a question of securing industrial jobs at any price. It must be about shaping the inevitable ecological transformation in such a way that it does not adversely affect the international competitiveness of Europe and its member states. But a green industrial policy could even have a beneficial effect on jobs and growth. 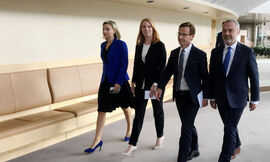 How the Swedish centre-right deals with populism

Sweden's centre-right parties have shifted from a dismissve to an accomodative strategy towards the right-wing populist Sweden Democrats. Can it work? 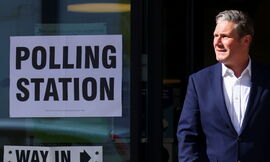 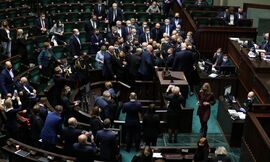 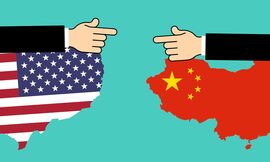 Across Europe, care workers have been on the frontline of the fight against Covid-19. Now, their demands should guide the post-pandemic recovery

More News from Archive
Most read
No Jerusalem, no elections

After losing their first chance to vote since 2006, Palestinians are deeply disappointed. The US, Israel, and the PA all bear responsibility

Across Europe, care workers have been on the frontline of the fight against Covid-19. Now, their demands should guide the post-pandemic recovery