On 6 August, the Africa Centres for Disease Control and Prevention (Africa CDC) confirmed that Africa had recorded its one-millionth case of Covid-19. However, with less than 30,000 deaths (as of the 28 August), Africa has the lowest number of Covid-19 deaths of any continent and looks to have weathered the pandemic remarkably well.

When the coronavirus became a global pandemic in early 2020, there were legitimate concerns that Africa would be particularly hard hit. With weak health systems, limited emergency response capabilities and a history of infectious disease outbreaks, the predictions were dire.

In May, the World Health Organisation’s Africa regional office was predicting up to 190,000 deaths and between 29 million and 44 million infections in the first year of the pandemic alone.   Why, then, has this not happened? There is no singular explanation, but rather the result of a confluence of factors that have conspired to both hide and dampen Covid-19 on the continent.

The most significant factor affecting full assessment and response to Covid-19 in Africa is testing, in particular the gaps in testing and surveillance. Africa’s testing capabilities are dreadfully low. The WHO recommends one test per thousand a week, while the average on the continent is only half of that. Testing capabilities vary widely between countries on the continent, such as South Africa with large testing capacity and Nigeria with a large population and limited testing capacity.

This lack of testing is likely hiding much larger numbers of people infected with Covid-19. Anti-body testing, conducted on blood donors in Kenya by the Kenya Medical Research Institute and Wellcome Trust estimated that one in twenty Kenyans between the ages of 15 and 64, or 1.6 million people, had antibodies to SARS-CoV-2, indicating that they had been infected. Kenya has only conducted 450,146 cases since 13 March.

Despite having relatively weak health systems, the continent does have recent experience in dealing with disease outbreaks.

Without mass testing, one way of assessing the impact of the virus is to look for the expected rise in mortality or excess deaths. In South Africa, the number of excess deaths between early May and the end of July was four times higher than natural deaths. However, elsewhere on the continent, it is difficult to assess excess deaths as public health and mortality surveillance systems have been limited by the pandemic, as public health workers are reassigned to testing and tracing or unable to move around due to restrictions.

Because of these massive testing and surveillance gaps, Africa is, as the International Rescue Committee described it, ‘fighting the pandemic in the dark’. Even so, health facilities do not seem to be under the same pressures that were seen in Europe and the US when the virus peaked. This means that there are other factors at play.

One of the leading causes of death in Africa are lower respiratory tract infections such as pneumonia and bronchitis, which were responsible for 10 per cent of deaths across the continent. Covid-19 and other respiratory diseases present similar symptoms and can both cause severe pneumonia. For many doctors confronted by patients with respiratory symptoms, they are just as likely to attribute it to infections they see regularly, rather than a novel virus that they cannot test for. Thus, many Covid-19 cases across Africa may be hidden through misdiagnosis as more common respiratory diseases.

Africa has a young population; young people are less likely (though not immune) to get severely ill or die from Covid-19, and this younger population may limit the severity of the pandemic on the continent. 65 per cent of the African population is below the age of 35 and nearly 50 per cent under the age of 19. To put this in perspective: The EU has a median age of 42 years while that of Africa is 19.7 years.

Despite having relatively weak health systems, the continent does have recent experience in dealing with disease outbreaks. At a continental level, the Africa CDC was set up after the Ebola epidemic in West Africa to improve and coordinate disease outbreak responses across the continent.

This may be one reason why many countries reacted quickly to the Covid-19 pandemic. They instituted some form of lockdown and restrictions that enabled them to build health system capacity to manage the virus while slowing its spread. Additionally, across the continent, social distancing, regular handwashing and mask-wearing have been not only been promoted but made mandatory by governments and embraced by many. And, despite the lack of testing capabilities, an army of community health workers have been deployed across the continent to not only track and trace the virus but encourage safe and sanitary behaviour changes. This is likely helping to slow the spread of Covid-19.

Young people and huge numbers of asymptomatic and mild cases mean that the spread of the virus is not as devastating as has been seen in other countries.

Which of these factors has been the most important in limiting the spread and severity of Covid-19 will not be known for months, maybe years until various scientific studies and surveys have been completed. What is clear, however, is that global pandemics have complex local and regional contexts that impact their severity. And as we continue to combat this virus and prepare for potential future disease outbreaks, we must tailor response mechanisms to these contexts to ensure more effective responses.

Lessons for the rest of the world

In this context, Africa’s coronavirus experience does hold some lessons for the rest of the world. First, it shows that quick action when first confronted with a disease outbreak, even if not perfectly tailored, can have a large payoff. Second, less expensive solutions such as deploying community health workers and driving behaviour change among the wider population can have significant impacts.

As the pandemic continues to unfold, Africa’s experience will remain distinct, as life returns to normal much faster than in other regions. While most countries are worried about second waves or winter spikes, most countries in Africa are pursuing a herd immunity strategy by default. The lack of testing capability means that the track-trace-and-isolate approach meant to slow and stop the virus cannot be effectively deployed across large swathes of the population.

Young people and huge numbers of asymptomatic and mild cases mean that the spread of the virus is not as devastating as has been seen in other countries. Most African governments are now shifting their focus to restarting and reinvigorating economies that have suffered under the pandemic. And on a continent where most people earn their livelihoods on a day-to-day basis, an economic recession can be just as much of a threat to life as the coronavirus.

Eugene is a Nairobi-based consultant focusing on political-economic analysis and public policy engagement in East Africa. Over the past years, he has consulted with private sector investors, development institutions and foundations and National Governments, in the areas of public finance, ICT, Energy, healthcare and public diplomacy.

Eugene is a Nairobi-based consultant focusing on political-economic analysis and public policy engagement in East Africa. Over the past years, he has consulted with private sector investors, development institutions and foundations and National Governments, in the areas of public finance, ICT, Energy, healthcare and public diplomacy. 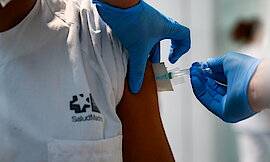 Nothing is as political as the Covid-19 vaccination. Dispatches from Moscow, London and Warsaw

When the second Covid-19 wave hits 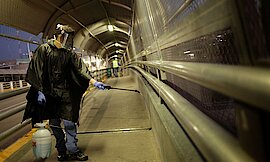 Portugal legalised the status of refugees, at the US-Mexico border they're struggling. Japan avoids acting like South Korea 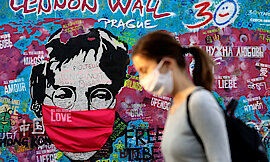 While the Czech Republic imposed strict measures, Turkey counts on donations and Tanzania on prayers against Covid-19 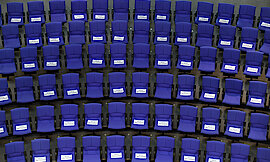 Who is the sovereign during the corona crisis?

In democracies, the people is the sovereign. In these times, we need to be alert to slow de-parliamentarisation of governance

Does the United Nations still exist?