Read this interview in German.

On 24 June 2018, Turkish voters will go to the polls in what is regarded as one of the most important elections in Turkey's recent history. They will mark Turkey's transition from a parliamentary system to a presidential system of government, as foreseen by the controversial constitutional referendum in 2017. This will grant the president more executive powers, consolidating Recep Tayyip Erdoğan's grip on power, should he be elected.

At first Erdoğan, who runs in an alliance between his AKP and the far-right Nationalist Movement Party (MHP), seemed to be heading towards a safe victory. However, recently the opposition forces, notably the social democratic CHP and the pro-Kurdish HDP, have gathered steam.

Hannes Alpen spoke to Felix Schmidt in Istanbul about the elections campaigns, the new presidential system and Turkey's economic woes.

Might the presidential and parliamentary elections in Turkey surprise us yet, or should we brace ourselves for an ever-stronger Recep Tayyip Erdoğan as head of state and head of government?

For the first time, anything seems possible in these elections. After the surprise announcement of snap elections, it seemed a given that both the ruling AKP and President Recep Tayyip Erdoğan would secure a safe victory. This is no longer quite so obvious now that we are on the home straight. The polls predict a close race in the presidential elections. Erdoğan needs more than 50 per cent of the votes in the first round, which seems to be getting very tight. If he does not achieve the 50 per cent mark, there will be a run-off on 8 July.

In that case, the opposition parties have already announced that they will all unite behind the strongest of their candidates. Then things could really get close for Erdoğan, as the opposition has so far run a more or less flawless campaign and it feels like there is a kind of energised, optimistic atmosphere in the country. Unlike in earlier election campaigns, President Erdoğan looks rather tired and weary during his appearances, whereas his main opponent, Muharrem Ince of the social democratic party CHP looks much more dynamic and fresh-faced.

Which issues have played a role in the election campaign? How has the opposition positioned itself?

For most voters, economic issues are the most important ones. High inflation rates and rising youth unemployment have a direct impact on all Turkish families. Whilst the AKP repeatedly points to their past achievements in the economy, with high levels of investment in infrastructure, the opposition highlights the risks of this credit-financed growth strategy. The mass layoffs in the public sector after the attempted coup in 2016, as well the many arrests, also play an important role. Another significant issue in the election campaign is the fight against terrorism, against the PKK and the Islamic State.

The opposition has various answers to these questions to offer. Whereas the CHP primarily characterises itself as being for civil rights, the rule of law and breaking down social divisions, the Iyi party, which evolved from the national conservative MHP, focuses on issues of internal security. The pro-Kurdish HDP, whose presidential candidate Selahattin Demirtaş has to run his election campaign from prison, is very committed to the issue of social justice and equality among the different sections of the population.

There will also be a newly elected parliament. What changes would a power shift here signify in light of the new presidential system?

If the HDP manages to cross the 10 per cent threshold and thus enter parliament, it may well be that the opposition parties form a majority against the conservative camp, which consists of the AKP and the MHP. This should make it much harder indeed for a re-elected President Erdoğan to freely make use of his considerable powers. In principle, the parliament will play a weaker role than before as things change to a presidential system, but a parliament that is dominated by the opposition can still block important legislative proposals. Then the question will become whether the president, who already wields considerable power, overrides parliament, for example by simply maintaining the state of emergency and governing by decree.

Critics see the economic growth under Erdoğan as being financed on credit, with the Turkish currency recently showing signs of weakness. Will this influence the elections, or are these future problems that as yet don’t play a role?

The economic problems looming on the horizon definitely play a role in the election campaign. In particular, everyone feels the effect of inflation, which has recently hit some 12 per cent, on their wallets. The rapid decline of the Turkish lira will fuel this inflation further still. The rise is interest rates, needed to tackle inflation and the currency declinem will put additional strain on often heavily indebted private households. The prolonged upswing attributed to Erdoğan’s early policies originally benefited the lower and middle income groups the most. However, these achievements are fading fast. In their place, problems emerge that have been produced by an unsustainable economic policy with huge structural imbalances.

Felix Schmidt represents the Friedrich-Ebert-Stiftung in Turkey. He has also worked for the foundation in Kenya, Zimbabwe, Vietnam, India and Germany.

Felix Schmidt represents the Friedrich-Ebert-Stiftung in Turkey. He has also worked for the foundation in Kenya, Zimbabwe, Vietnam, India and Germany. 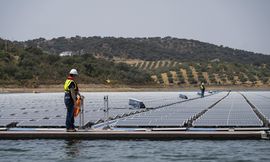 ‘We need a master plan for energy policy in Europe’

German social democrat Matthias Miersch on extending the life of nuclear reactors, the expansion of renewable energy, and alternatives to Russian gas 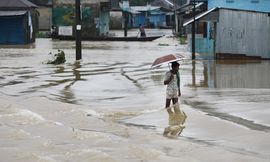 ‘The worst flood in the region in the last 122 years’ 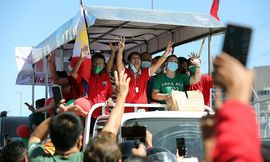 ‘A new message of hope against an old, recycled cynicism’

Two authoritarian politicians have come to power in the Philippines — Marcos Jr and Sara Duterte. Ronald Llamas on how to build an opposition

Kirsten Westphal sees the US and China in a good position in the coming energy transition. That is less true for Europe 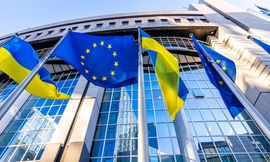 'This would be a very clear political signal to Putin: Ukraine will never become a part of Russia'

What did Western sanctions on Russia achieve?

Western sanctions haven’t ended Russia’s war on Ukraine. But they are likely to set back the country’s economic development by 30 years