Ecuador has long been an advocate for a fairer global tax system. At last year’s UN General Assembly in September, its foreign minister Guillaume Long proposed the creation of a global tax regulator. The proposed body would have the power to close tax havens, crack down on multinational corporations that evade tax, and expose individuals who hide their wealth in offshore banks. Ecuador, which currently chairs the G77 coalition of developing nations, is now in a position to make concrete progress on the issue.

And so it should. The OECD (Organisation for Economic Co-operation and Development) estimates as much as $240bn (€202bn) is lost in tax revenues each year – that’s significantly more than the total global aid budget. $100bn (€84bn) of this is borne by developing countries. That money could provide education for 124 million children who don’t currently go to school.

Fortunately, tax avoidance is getting a good deal of international attention these days. The third International Conference on Financing for Development in July placed the establishment of an agency to drive reforms of the global tax system at the heart of its agenda. The plan was thwarted by the US and UK. But the exposure of current practices in the Panama Papers, Swiss Leaks and Lux Leaks has fuelled public debate. Citizens are demanding their governments be held accountable.

We are currently experiencing a race to the bottom when it comes to taxing multinationals and wealthy individuals. That’s why we need a UN-run tax authority. Reforming international tax regulations is an uphill struggle, as countries in the global north and south have quite different priorities. A UN agency would help balance these interests and enable decisions to be made democratically, involving all countries on an equal level.

We are currently experiencing a race to the bottom when it comes to taxing multinationals and wealthy individuals.

An initiative by the OECD and G20 to tackle base erosion and profit shifting (BEPS) – using tax loopholes to artificially shift profits to low or no-tax locations – is a step in the right direction. However, the terms of this initiative have mainly been defined by rich countries. Key concerns of the global south remain unaddressed.

For instance, the private sector in rich countries benefits from tax competition between poorer countries, which lower their tax rates to attract foreign direct investment. Since the rich countries that make up the OECD benefit from this practice (whereas poor countries lose out), tax incentives are not covered by the BEPS initiative.

Equally, there is the question of tax liabilities – should they apply to the country where a company has its head office or where it produces its goods? Wealthy countries naturally prefer to pay tax where a company has its head office. Countries in the south, on the other hand, are keen to see companies pay tax based on where they produce the goods they sell, as many companies have set up branches in developing countries. In view of these opposing interests, a multilateral authority would distinguish itself by involving all countries in the democratic process and working towards a consensus in the case of disputes.

In Latin America, where I run an Oxfam campaign against tax evasion, the topic of fair taxation is rapidly gaining ground. Countries such as Peru and Mexico are heavily dependent on non-renewable resources. But a slump in global market prices is leading to reduced revenues. This is forcing governments to rethink their national tax policies. At the same time, Latin American countries are finding themselves competing against each other to attract foreign direct investment. Limiting competition is crucial if countries in the region want a share of the profits multinationals make on their soil, and improve the lives of their citizens. According to calculations by the UN Economic Commission for Latin America and the Caribbean (ECLAC), the evasion of corporation, income and value added tax accounts for 6 per cent of South America’s GDP. Two-thirds of that amount relate to corporation and income tax. That is why it is so important for this issue to be handled on a regional level.

Developing countries in other parts of the world are trying out some interesting initiatives.  For example, the East African Community (EAC) has agreed to harmonise tax policies between its member states, with the aim of reducing distortions affecting tax revenues. This has led to EAC member states agreeing on a single minimum corporation tax rate of 30 per cent. Without regional and international coordination, at a UN level for example, the Trump administration’s refusal to sign the OECD’s multilateral Paris Agreement, its delay in implementing the Dodd-Frank Act and its reduction of the corporation tax rate from 35 per cent to 15 per cent could produce a domino effect. All of which speaks for the need for a body representing both the north and south, which will counteract the race to the bottom when it comes to corporate taxation.


Rosa Cañete coordinates Oxfam’s Iguales campaign against inequality in Latin America and the Caribbean. She sits on Oxfam’s executive board and is an expert in tax justice issues. 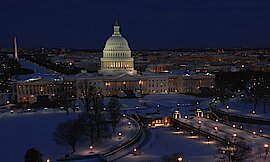 Edda Müller, President of Transparency International in Germany, explains the job of a lobbyist 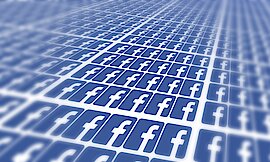 Why EU law seems powerless against the giants of social media